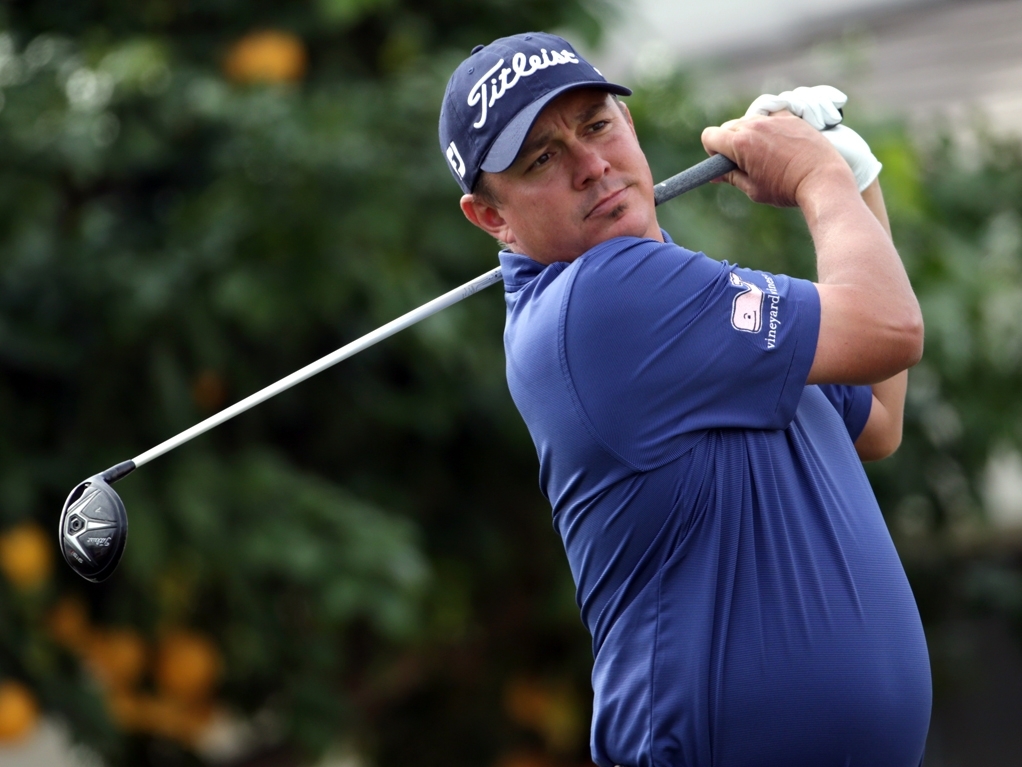 Jason Dufner holds a one-shot lead over Jamie Lovemark after the second round of the CareerBuilder Challenge after being one of the few players to find consistency in California.

The American produced a brilliant seven-under round of 65 at PGA West in La Quinta, while Lovemark recorded identical figures on the Jack Nicklaus Tournament course.

The round leaves Dufner, who recovered from a bogey at the tenth hole to birdie the next two holes, at 15-under par after a blistering six-under 30 on the front nine.

Lahiri, who shared the lead after the first round, struggled on the tournament course with a 68, while Gore was the big mover with an eight-under 64.

2002 and 2004 winner Phil Mickelson is also in contention just four strokes shy of Dufner’s pace after he fired a 65, also on the tournament course.