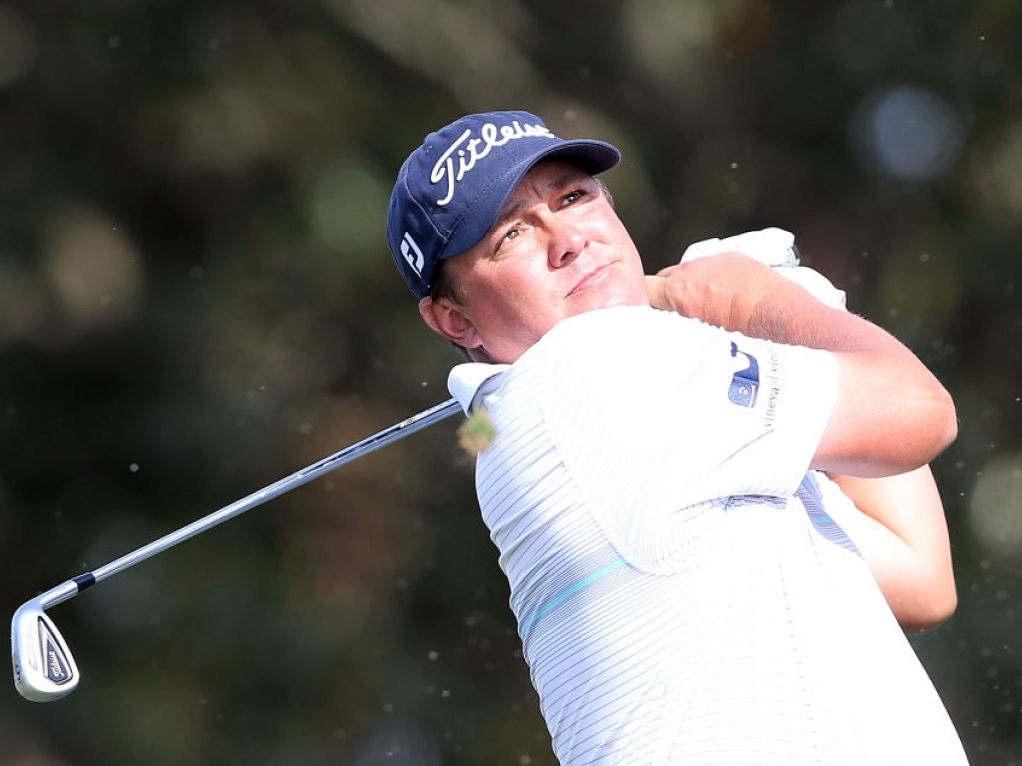 Jason Dufner shot two eagles in a round of six-under 65 on Saturday to grab a one-shot lead ahead of the final round of the RBC Heritage.

Dufner, who started three shots off the lead, hit form early at South Carolina’s Harbour Town Golf Links with eagles at the second and fifth holes to close the gap on overnight leaders Luke Donald and Graham DeLaet.

After reaching the turn in 34 following three bogeys, 2013 PGA Championship winner Dufner then hit four more birdies on the back nine, including a run of three from the 14th to complete his round for a 54-hole total of 13-under par and a one-shot lead over DeLaet, who carded a 69.

Donald dropped down to a tie for sixth place after a disappointing round of 72.

Dufner, 40, who is yet to finish in the top 10 in nine PGA Tour starts this year, was pleased with his back nine as he searches for his fifth PGA Tour win on Sunday.

“The back nine was really clean. I was really happy how I played on the back nine. Hopefully that will bode well for tomorrow in the final round.”

Kevin Kisner and Webb Simpson were in a tie for third place at 11 under. Kisner shot a five-under 66, while former US Open champ Simpson carded a 68.

Ian Poulter was one shot further back on 10-under par after two-under par round of 69.