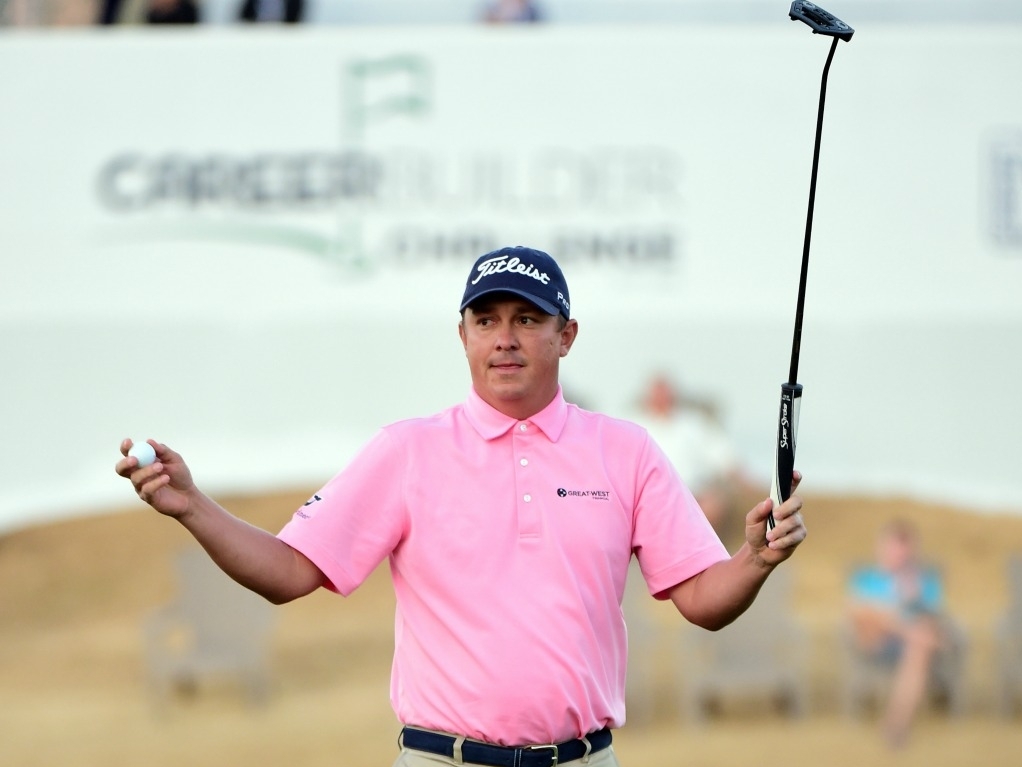 Jason Dufner claimed his first PGA tour win in three years as he beat David Lingmerth in a dramatic play-off at the Career Builder Challenge in California.

The American's last tour win came at the 2013 PGA Championship and he may have thought he had missed another opportunity after seeing his two-shot lead at the start of the day's play soon disappear.

Dufner looked to have completely blown his chance when his tee shot at the 17th rolled into the rocks surrounding the green.

On the hole named Alcatraz, the 38-year-old managed to make a remarkable escape, somehow working an opening to help the ball back onto the green to set up a par.

Sweden's Lingmerth, meanwhile, shot the joint-best round of the week to close a five-shot deficit and take the tournament to a play-off.

After the duo both managed a par four on the first play-off hole, Lingmerth came undone on the second as his approach shot fell into a lake, leaving Dufner needing only a two-putt par to secure his fourth ever victory on the PGA tour, alongside the $1,044,000 prize money for finishing first.

"It was pretty tough. This is the best tour in the world so for me to win I feel like I was one of the best players in the world this week," Dufner said.

On his great escape on the 17th he added: "I thought the ball was in the water, I got a great break and sometimes those things happen and you need them to happen to win.

"I had a pretty clean lie, I leaned the shaft a little bit and kept the shaft open and hit one where you try and get a little bit of grip and I thought it was going to sneak in there for a bit."

Further down the leaderboard, Phil Mickelson shot a final round of 68 to finish tied in third with Andrew Loupe, while Matt Kuchar followed up his disappointing third round with a similarly underwhelming 71.