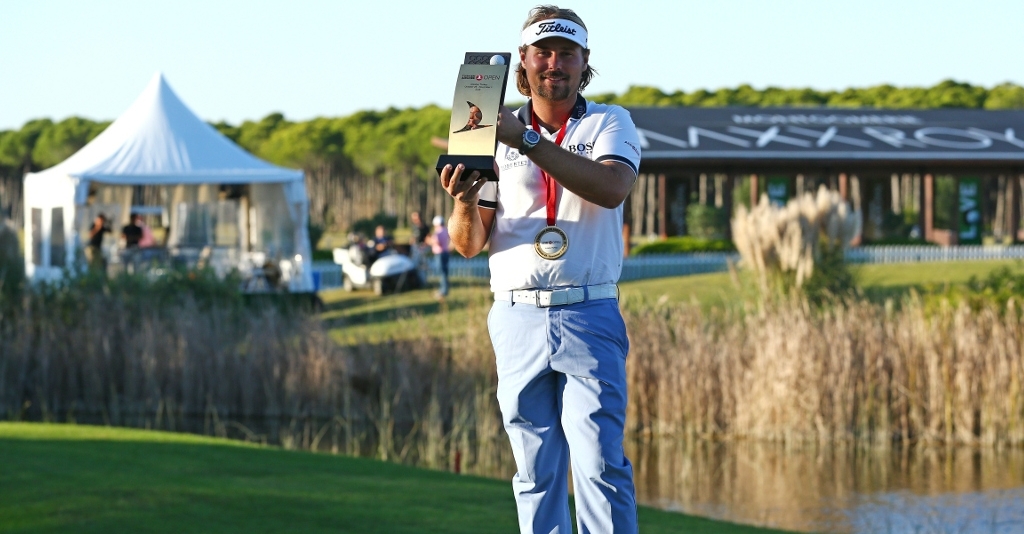 Victor Dubuisson recorded a scintillating finish to win the Turkish Airlines Open by one stroke on Sunday afternoon.

The Frenchman's final round, a sensational six under 66, was enough to edge Jaco can Zyl by one stroke at the Montgomerie Maxx Royal in Antalya in Turkey.

The South African started the day with the lead and with back-to-back birdies on the 13th and 14th he looked certain to go wire-to-wire and win his first European Tour title.

However, Dubuisson would make a late surge on the back nine, chipping in for an eagle on the 11th a rolling in birdies on three out of his last four holes to snatch the win away from van Zyl.

However, the two-time European Tour winner did not have it all his own way in the final round, as he went through the green on the par three fifth, forcing him to go back to the tee and eventually card a double bogey.

"I love this place…the way I played today was just great, especially after the mistake I made on number five," the 25-year-old told europeantour.com.

"I tried to set my mind in place again and I just did really well on the back nine. On number ten it was almost an impossible situation. I knew I could use the break after the hole to make it come back a little bit. And I realised a great chip and a very important putt.

"At this time of the tournament, every shot is very, very important.

"We have three par fives on the back nine, and I was really counting on those. And to chip it in was really the bonus of today. The ball arrived really softly in the hole. I would have made birdie. But this eagle was just amazing and it arrived at the best time."

Thailand's Kiradech Aphibarnrat would finish alone in third on 20 under while Byeong Hun An of South Korea followed him in fourth on 19 under.

Meanwhile, Rory McIlroy's three bogeys would see him slip down the leaderboard to finish tied for sixth with Peter Uihlein on 16 under.