Dredge the new leader in Moscow 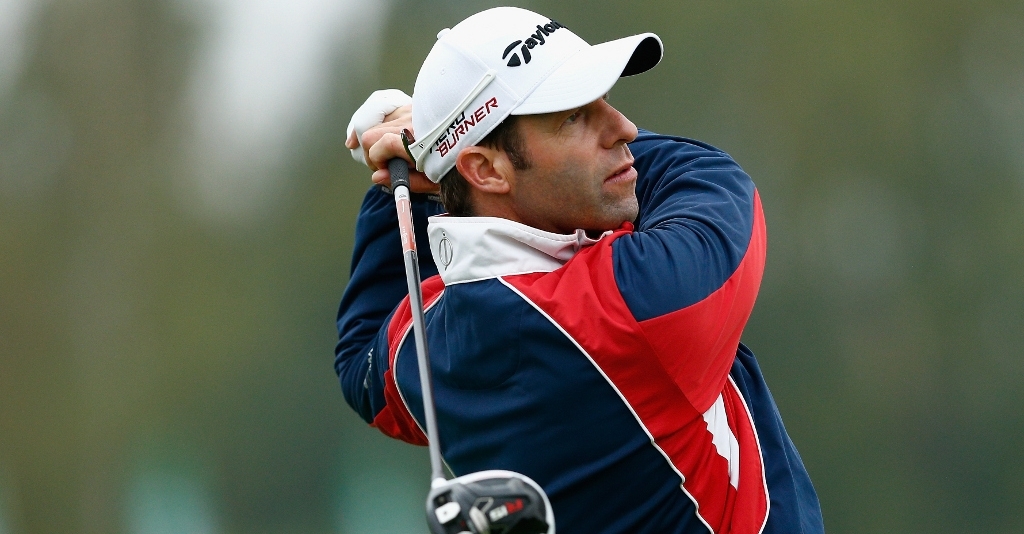 Bradley Dredge shot a second successive 66 to open up a one-shot lead after the second round of the M2M Russian Open.

The Welshman started the day at the Jack Nicklaus-designed Skolkovo Golf Club one shot off the first-round pace set by Daniel Gaunt and Scott Jamieson, but fired five birdies in a flawless round of golf to take over at the top of the leaderboard on 10 under par.

Starting from the 10th, he made three birdies in his first four holes, before adding another at the par-five 18th for an outward 32.

He was more sedate after the turn, making just one more birdie at the third, but avoided making any mistakes as he parred his way home.

“I’m delighted. Back to back 66s and no dropped shots so I’m very pleased with that," he told the European Tour.

"The pin positions are the course's main defence and they were quite tough today, you had to be careful going into the greens.

“I found the greens to be absolutely perfect today, I got the speed and got the lines spot on and I putted great today.

“If I could get two more rounds of 66 that would be tough to beat but it’s only halfway through.

"I’m in a great position and it’ll be interesting to see what the afternoon groups do, but there is a long way to go."

Dredge set his mark early in the day, and late starter Lee Slattery would shoot a four-under-par 67 late in the day to move into second place, just one shot back.

Slattery made two bogeys in his first 10 holes, but responded in superb fashion with five birdies on the back nine.

The Englishman said afterwards he was suffering from dizzy spells during his round.

“I had a really strange day on the golf course today. I hit two good shots into the first and stood over the putt and just felt a bit dizzy, which was really strange," said Slattery.

"I managed to hole the putt and then at the next couple of holes I tried to eat a bit of food and see how I was and it got a little worse – I started to see a few dots in front of me.

“It started to pick up a little bit on the back nine and all of a sudden I had a bit of a sugar rush so I went a little bit faint again.

"It’s one of the most bizarre days I’ve had on a golf course but fortunately I was swinging it well and it didn’t affect my golf much.”

Overnight leader Gaunt lies in third place on eight under after a 69, while fellow first-round leader Jamieson shot a 71 to lie two shots further back – and one shot behind Ben Evans (68), Pablo Martin (67) and Estanislao Goya (67).