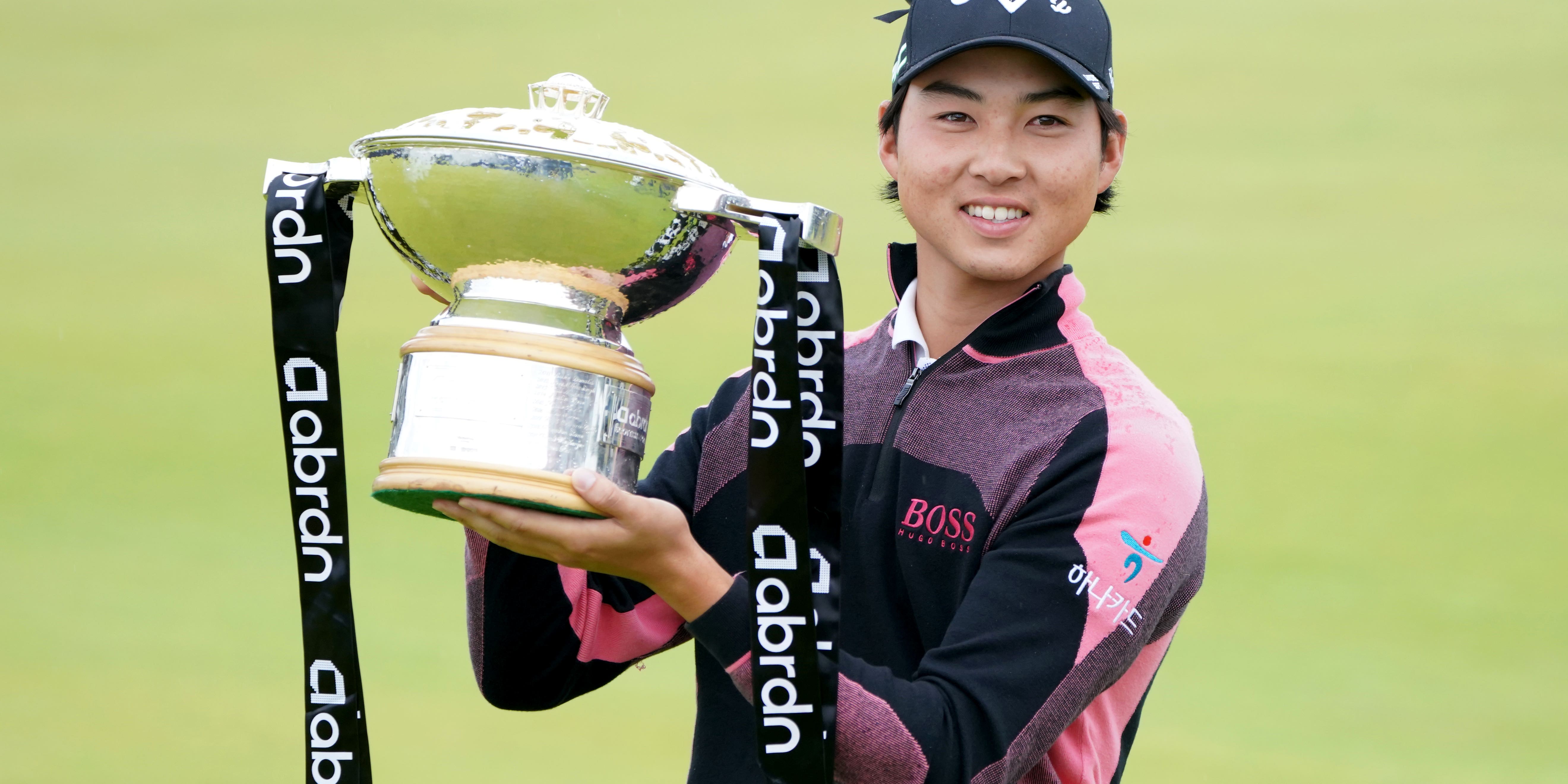 Lee birdied the first extra hole after the leading trio had finished tied on 18 under par at the Renaissance Club following a 90-minute weather delay late in the final round.

The 22-year-old, whose sister Minjee Lee was runner-up in the Ladies Scottish Open at nearby Gullane in 2018, had earlier birdied six holes in a row from the third on his way to a flawless closing 64.

That set the clubhouse target on 18 under and the final pair of Fitzpatrick and Detry were the only players capable of matching it after rounds of 67.

Ian Poulter, Ryan Palmer and Irish Open winner Lucas Herbert finished a shot behind, with US Open champion Jon Rahm another stroke back in seventh, a result which meant he loses his world number one ranking to Dustin Johnson.

Lee took advantage of the weather delay to watch the end of the men’s singles final at Wimbledon and said: “It was nice to see Djokovic come in and do his interview. I thought that was a good feeling and I might want to do that.

“It was an awesome day. I was pretty proud of the way I played and six birdies in a row was pretty sweet.

“It’s crazy. I dreamed of it last night and to the people back home staying up late watching me and sending me messages, this one’s for you too.”

On an extremely crowded leaderboard, Detry had emerged from a five-way tie for the lead with a birdie on the 13th, only to then miss from close range for par on the 14th at the moment the hooters sounded to suspend play due to the threat of lightning.

When play resumed Lee was the first to take advantage of the pivotal par-five 16th and his birdie was subsequently matched by Detry and Fitzpatrick, with Lee then leaving a birdie putt on the 18th just inches short of the hole.

“I could have made more putts in regulation and that one on the last I missed it by just a roll and that was pretty painful, but we regrouped and the tournament restarts in the play-off pretty much,” Lee added.

It was perhaps therefore no surprise when Lee proved ruthless when the leading trio returned to the 18th for sudden death, holing from nine feet for the winning birdie to claim the first prize of GBP 956,000.

The play-off defeat was a double blow for Fitzpatrick, who had planned to make a last-minute dash to Wembley for the Euro 2020 final between England and Italy.

Lee and Detry also secured places in the Open championship, with England’s Jack Senior claiming the final one on offer thanks to a tie for 10th.

“That’s crazy too,” Lee added. “I was not really thinking about the Open because I needed to do well here first. It’s a bonus being in that but it’s awesome.”

Senior, who had surged into the lead with six birdies in his first 10 holes before eventually carding a closing 66, was also delighted to qualify for the Open at Royal St George’s.

“It will be great to play another Open, especially now I’ve found a little bit of form and my game feels like it’s moving in the right direction. There’s no reason why I couldn’t go there and have a good week as well.”