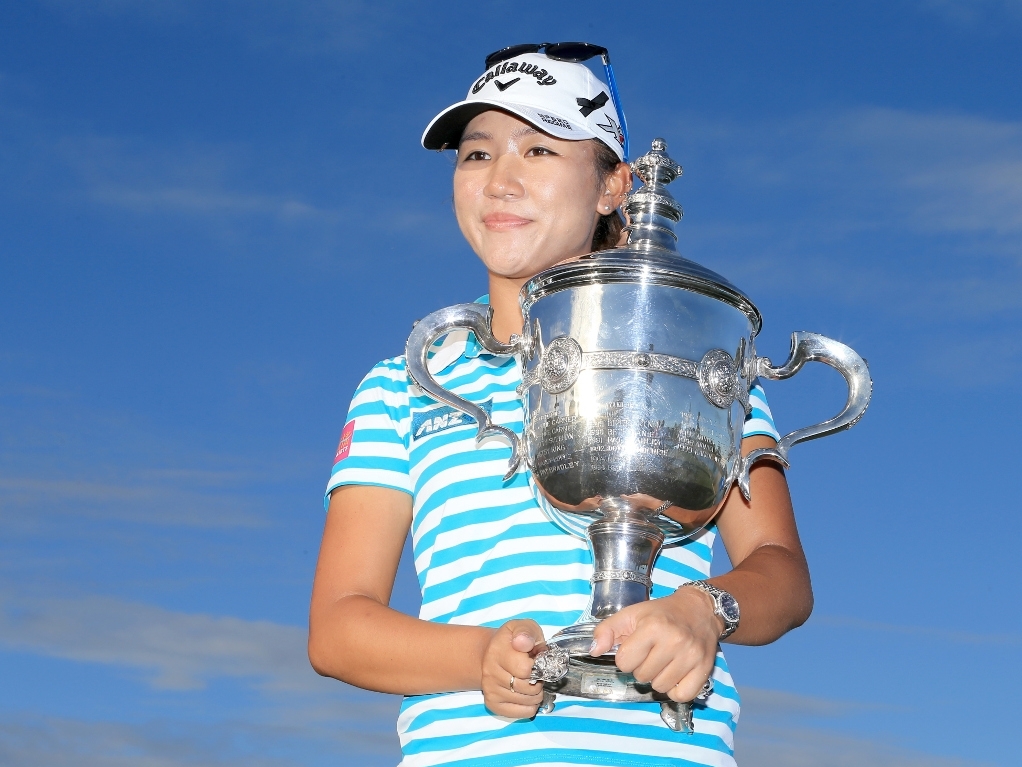 Lydia Ko has won the $1million Race to the CME Globe title for the second year in a row, while also being named the LPGA Tour Player of the Year.

The New Zealander finished in a tie for seventh at the season-ending CME Group Tour Championship in Naples on Sunday, but was able to hold off challenges from Inbee Park and Lexi Thompson – both whom had birdie putts at the 17th to edge Ko – to take the overall title.

The 18-year-old admitted that it had been an emotional day, and something of a rollercoaster ride as she was unable to play as she would have liked in her final round.

"What triggered it (the tears) more is what a tough day it was," Ko said.

"I tried to stay patient all day and even up to the last minute I had a (putt) lip out, so it was tough, but it's been a long season.

"I think the hole was smaller than the ball today. I had a lot of lip-outs, a lot of close ones, but they just weren't dropping. So when your putter goes cold it's tough to try and catch up to the leaders.

"I've had a lot of ups and downs, mostly ups, but I think every emotion went through me in that moment.

"It could have been worse. I made a couple of clutch three-footers for par, I've just got to take the positives.

"I'm happy that the season is over and I can relax now."

In addition to winning the Race to the CME Globe and the Player of the Year title, Ko also tops the Tour's money list, and won a car for finishing the regular season with the most top-10 finishes.

The only end-of-season award that she did not win was the Vare Trophy which is handed out to the player with the lowest scoring average across the season. That honour was taken by Park, with Ko finishing in second.