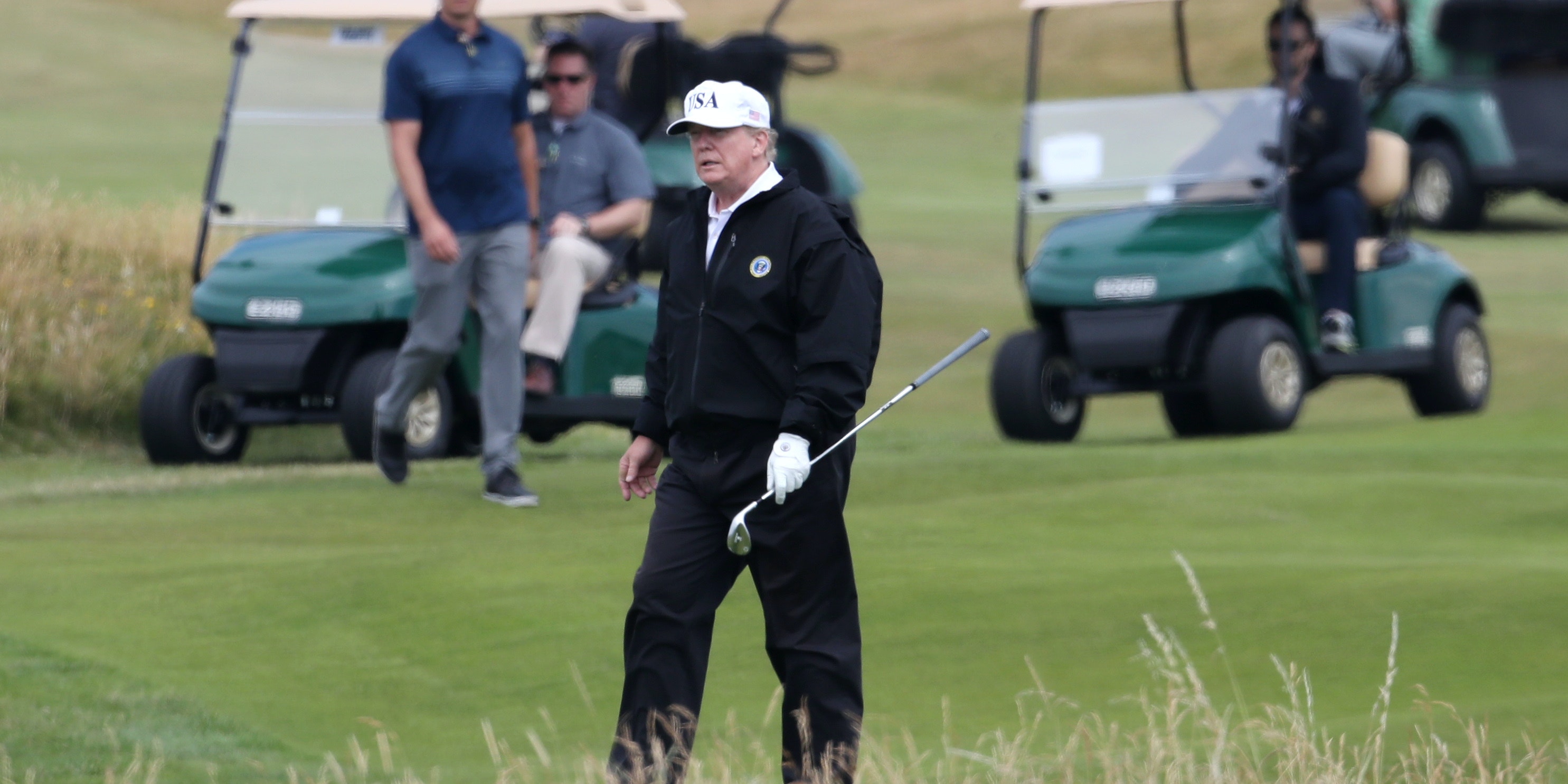 Donald Trump says it is “wonderful” to be watching the likes of Rory McIlroy playing golf again as the US President underlined the importance of getting sport back quickly for the “psyche” of the nation.

The sporting calendar has been thrown into disarray by the coronavirus pandemic in recent months, but events are slowly beginning to return across the world.

UFC has returned behind closed doors and the Bundesliga became the first top league to resume this weekend, when there was live golf on TV in the form of the TaylorMade Driving Relief – a two-team skins challenge over 18 holes.

World number one McIlroy teamed up with Dustin Johnson against Rickie Fowler and Matthew Wolff in Sunday’s charity event at Seminole Golf Club, which raised money for coronavirus charities.

President Trump was among the viewers and the keen golfer did a mid-competition interview.

“It’s about time!” he said in a phone interview. “It’s a wonderful thing to see. I’m getting a little tired watching 10-year-old golf tournaments where you know who won. It’s very nice to be watching and very nice to be with you.”

Trump said “it’s really so good to see these great players playing” having been unable to play himself since the coronavirus situation started.

He used the interview as an opportunity to have another dig at China, where the outbreak of the disease began, and believes more sporting events will be back soon.

“We want to get sports back,” he said. “We miss sports, we need sports in terms of the psyche – the psyche of our country – and that’s what we’re doing.

“It’ll start off with small crowds, if any. You saw UFC the other night, they had really just a lighted ring in the middle of an empty arena and I’m not sure that so many people missed the fans. I don’t think so in that particular case.

“But, look, we want to get it back to where it was. We want big, big stadiums loaded with people.

“Right now that’s not what they’re planning, but you never know what happens. Things can happen very quickly.

“We’re looking at vaccines, we’re looking at cures, and we are very, very far down the line. I think people are going to be very impressed with what is being developed right now, some tremendous things.

“I have meetings on it every day and we have the most brilliant minds working on it and we’re working worldwide on that also. We have no ego when it comes to that.

“But I think some tremendous things are going to be coming out very soon.”

The first four PGA Tour events will not have fans as golf restarts behind closed doors but Trump says “after that hopefully it’ll be back” to having supporters in the stands.

“We really want to see it get back to normal, so when you have all of those thousands, tens of thousands of people, going to your majors and going to golf tournaments, we want them to have that same experience,” he said on NBC’s broadcast shown by Sky Sports.

“We don’t want them to be having to wear masks and be doing what we’ve been doing for the last number of months because that’s not getting back to normal.

“We want to be back to normal, where you have the big crowds, and they’re practically standing on top of each other and they’re enjoying themselves. Not where they’re worried.

“But in the meantime they do the social distancing, and they practice that and they’ve been doing really well.”