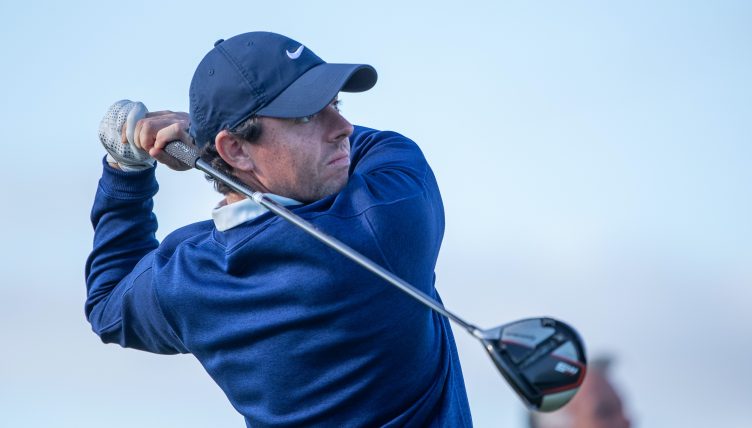 Donald Trump has responded to Rory McIlroy’s vow to never play golf with the US President again after his response to the Covid-19 crisis, saying some professional golfers liked his policies and others did not.

Trump commented while phoning in to TV coverage as McIlroy and three other golfers competed in the TaylorMade Driving Relief skins tournament in Florida on Sunday, which raised more than five million dollars for coronavirus charities.

McIlroy caused controversy last Thursday by saying while he had played with the golf-loving Trump in the past and enjoyed it, he would not play with the president again due to his politicising of the coronavirus pandemic.

“We’re in the midst of something that’s pretty serious right now and the fact that he’s trying to politicise it and make it a campaign rally and say we’re administering the most tests in (the) world like it is a contest – there’s something that just is terrible,” the Northern Irishman said on the McKellar Golf podcast.

“It’s not the way a leader should act.

“I don’t know if he’d want to play with me again after what I just said, but I wouldn’t (play with him again).”

Trump, alleged to habitually cheat at golf in the 2019 book Commander In Cheat by former Sports Illustrated columnist Rick Reilly, phoned in to NBC’s coverage of the skins event on Sunday.

Asked about McIlroy’s comments, he said: “A lot of them (golfers) are very political, actually. A lot of them like my politics very much and some don’t, I guess.

World number one McIlroy teamed up with Dustin Johnson against Rickie Fowler and Matthew Wolff in Sunday’s charity event at Seminole Golf Club.

McIlroy and Johnson won by claiming a 1.1 million dollar (GBP 910,000) skin through a nearest-the-pin challenge on a par-three tiebreaker hole, as McIlroy hit his tee shot to within 10 feet.

Trump also said it was “wonderful” to be watching the likes of McIlroy playing golf again as the US President underlined the importance of getting sport back quickly for the “psyche” of the nation.

The sporting calendar has been thrown into disarray by the coronavirus pandemic in recent months, but events are slowly beginning to return across the world.

UFC has returned behind closed doors and the Bundesliga became the first top league to resume this weekend, when there was live golf on TV in the form of the TaylorMade Driving Relief – a two-team skins challenge over 18 holes.

Trump said “it’s really so good to see these great players playing” having been unable to play himself since the coronavirus situation started.

“We want to get sports back,” he said. “We miss sports, we need sports in terms of the psyche – the psyche of our country – and that’s what we’re doing.

“It’ll start off with small crowds, if any. You saw UFC the other night, they had really just a lighted ring in the middle of an empty arena and I’m not sure that so many people missed the fans. I don’t think so in that particular case.

“But, look, we want to get it back to where it was. We want big, big stadiums loaded with people.

The first four PGA Tour events will not have fans as golf restarts behind closed doors but Trump says “after that hopefully it’ll be back” to having supporters in the stands.

“Right now that’s not what they’re planning, but you never know what happens. Things can happen very quickly.”