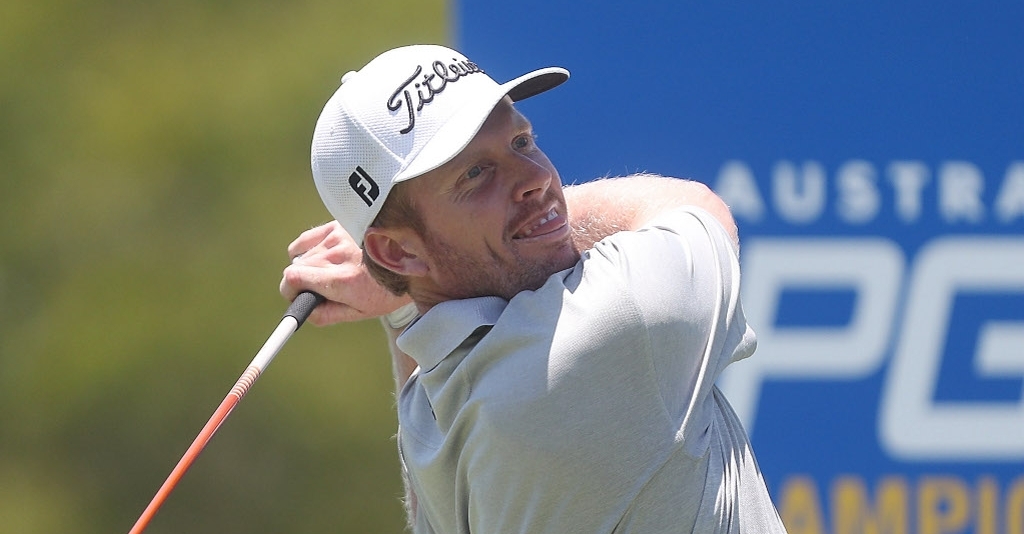 Andrew Dodt leads the Australian PGA Championship after the weather-affected opening round on the Gold Coast on Thursday.

The Australian carded a seven-under-par 65 around the RACV Royal Pines Resort to earn a two-shot lead over Ryan Fox of New Zealand, American's Julian Suri and Harold Varner III, who was on the 14th when the threat of lightning saw play being suspended.

Dodt was on fire on the opening nine, rolling in five birdies which included a huge 45 footer on the fifth. Three more gains and a bogey on the back nine would leave him with his best score on Tour in a while, as the 30-year-old has missed three cuts in his last five outings.

"I wanted to hit the ground running for the 2017 season, hole one, shot one and I managed to do that today," said the two-time European Tour winner.

"I hit it really well, putted really well. It was just a really solid run.

"I just haven't been playing the game as well as I should. I've been hitting it good but not getting the results, so I've kind of had to learn how to play the game again or just change some bad habits that I was doing.

The day also featured a hole-in-one from Jarrod Lyle on the fifth. The Australian would be halted on the 13th on three under.

Former Masters winner Adam Scott is three shots off the pace and tied for fifth with a host of players.