Dodt-ing the I’s and crossing the T’s 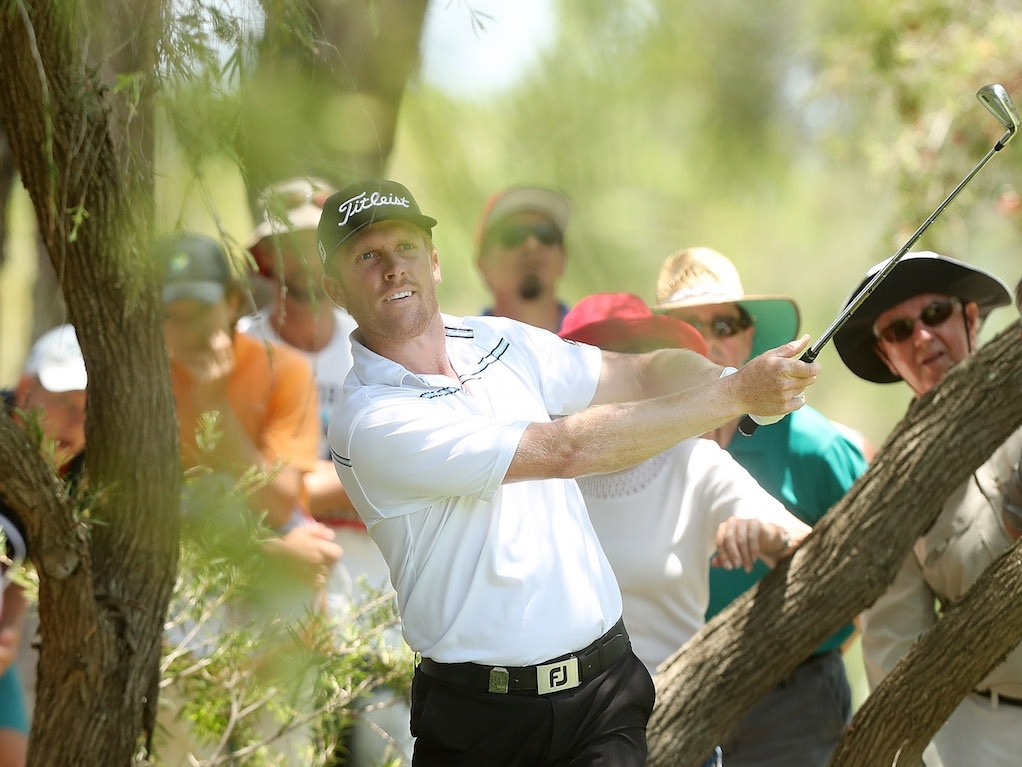 On Saturday Andrew Dodt maintained his two-shot lead heading into the final round of the Australian PGA Championship.

Dodt seems on course to register just his third victory on the European Tour after shooting a composed two-under-par-70 on Saturday.

Dodt carded three bogeys on the day but made up for those mistakes and then some with five birdies that were evenly spread throughout the 18 holes.

Speaking after the round, the 30-year-old Australian made no bones that a wire-to-wire victory at RACV Royal Pines Resort would be one of the highlights of his career so far.

"It would be one of my biggest achievements, for sure," he said.

"I mean, I’ve thought about it a couple of times this week but you don’t want to get ahead of yourself. You just want to play each round.

"It would be huge. All the top guys have won the Australian PGA, so it would be nice to put my name alongside them.

"My wins have been from behind so this position is new to me, which is nice, I’m enjoying it. I’m really trying to embrace it and enjoy my time out there on the course.

"The first three rounds are irrelevant now. There are a lot of solid players, world class players behind me, so I’ve got to keep the foot down tomorrow and keep playing the way I’m playing."

Thailand’s Thitiphun Chuayprakong and Panuphol Pittayarat are in T15 and T25 respectively.