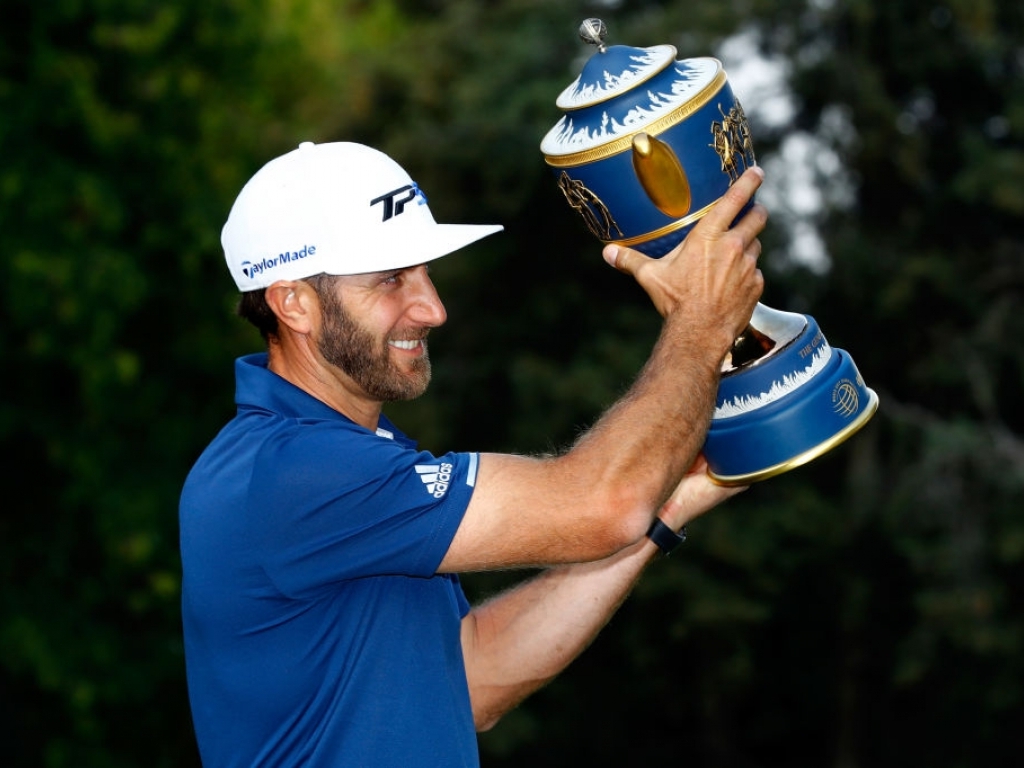 World number one Dustin Johnson held his nerve on the final hole to win the WGC-Mexico Championship by one stroke on Sunday.

Under pressure from Spain’s Jon Rahm and Tommy Fleetwood of England over the final few holes, Johnson showed incredible poise after finding a fairway bunker off the tee on the 18th.

Needing to make par for victory, Johnson found the middle of the green with his approach shot before rolling his putt to within inches of the hole and tapping in for a final round 66 to finish at 14 under par, one ahead of Fleetwood.

“It was probably the best shot I hit all week.” pic.twitter.com/MQHTkZlmJq

The win means Johnson is only the fifth player to win his first event after becoming world number one, along with Ian Woosnam, Adam Scott, Vijay Singh and David Duval.

“It means a lot,” Johnson said after his victory. “It’s a tough spot to be in. There’s a lot of pressure on you. I came out and hit the ball really well. I played great all week.”

Johnson hit four birdies on the front nine on Sunday to grab the lead, only to temporarily lose top spot to Rahm after two bogeys at the 12th and 13th, but a birdie at the par-5 15th for Johnson and two dropped shots by the Spaniard at the 16th and 17th saw the world number one close out the win.

Fleetwood finished second after sinking a 40-foot birdie putt on the final hole to record an impressive final round of 66. Rahm finished in third place alongside England’s Ross Fisher at 12 under par.

Belgium’s Thomas Pieters and Justin Thomas were tied in fifth at 11 under..

It was Johnson’s second win in a fortnight after victory at the Genesis Open last month and marked his 14th PGA title.

Rory McIlroy, who could have overtaken Johnson with a win, finished tied for seventh place at 10 under after a disappointing final round of level par 71.