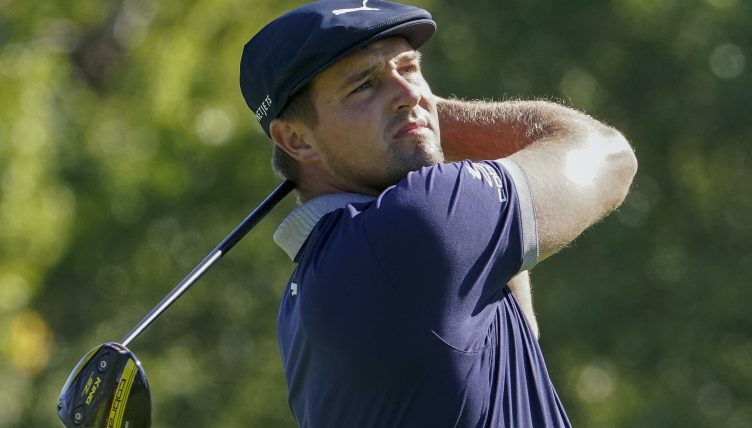 On the eve of the 120th US Open, the USGA were asked if anything it had seen this year had “accelerated or intensified” the organisation’s position on golf’s distance debate.

It was a perfectly valid question and chief executive Mike Davis reiterated that, along with fellow governing body the R&A, the USGA do think something needs to be done to curtail the distance modern players hit the ball.

However, given the state of play ahead of the final round at Winged Foot, the question may well have elicited a far more revealing response if it had been asked at the end of play, rather than before the start.

That just three players were under par after 54 holes will have been music to the ears of the USGA, which wants its championship to provide the toughest test and, despite protestations to the contrary, be won by a score close to par.

But it was the manner in which Matthew Wolff and Bryson DeChambeau blasted their way into Sunday’s final group which will have provoked concern after the pair combined to hit just five of 28 fairways in Saturday’s third round.

Such inaccuracy and typically thick US Open rough failed to prevent Wolff racing to the turn in 30 and shooting a 65 which could easily have been even lower, while DeChambeau recovered from bogeys at the first two holes to card a level-par 70.

Despite only hitting two fairways, Wolff found 13 of 18 greens in regulation and carved out a two-shot lead. The 21-year-old has hit 12 fairways in three rounds, eight fewer than the previous record low for a 54-hole leader set by Jim Furyk in 2012.

DeChambeau hit three fairways on Saturday – four if you count the wrong one he found with a wild drive on the second – but still hit 11 greens in regulation.

“For the most part, if you’re able to hit it far enough up there, I feel like (with) wedges you can get it out pretty easy and run some stuff up,” DeChambeau surmised correctly.

DeChambeau’s attitude should come as no surprise to anyone after his decision to “bulk up” in order to hit the ball further and then deal with the consequences was the main topic of conversation when golf returned from the coronavirus shut down.

But how the game’s authorities decide to try to deal with the success of “bomb and gouge” golf, even on a famed course like Winged Foot where only two players had finished under par in five previous US Opens, will be fascinating.

The USGA and R&A previously said they will assess the potential of a local rule which would allow tournament committees to “specify use of clubs and/or balls intended to result in shorter hitting distances,” a move welcomed by four-time major winner Rory McIlroy.

However, David Maher, the chief executive of leading equipment company
Acushnet, believes the conclusions of the governing bodies’ distance report “undervalue the skill and athleticism” of players and that current equipment regulations have been “effective in setting upper limits” on performance.

R&A chief executive Martin Slumbers said in February that he would be meeting Maher “in due course” and was confident of finding common ground with all sides in the distance debate, but the spectre of a legal battle with the manufacturers looms large.

Footage of DeChambeau hitting a 380-yard drive, followed by a 178-yard approach with a pitching wedge to set up an eagle on the ninth in the second round, could well be Exhibit A in any court case.