Disc golf: Not as daft as you may think 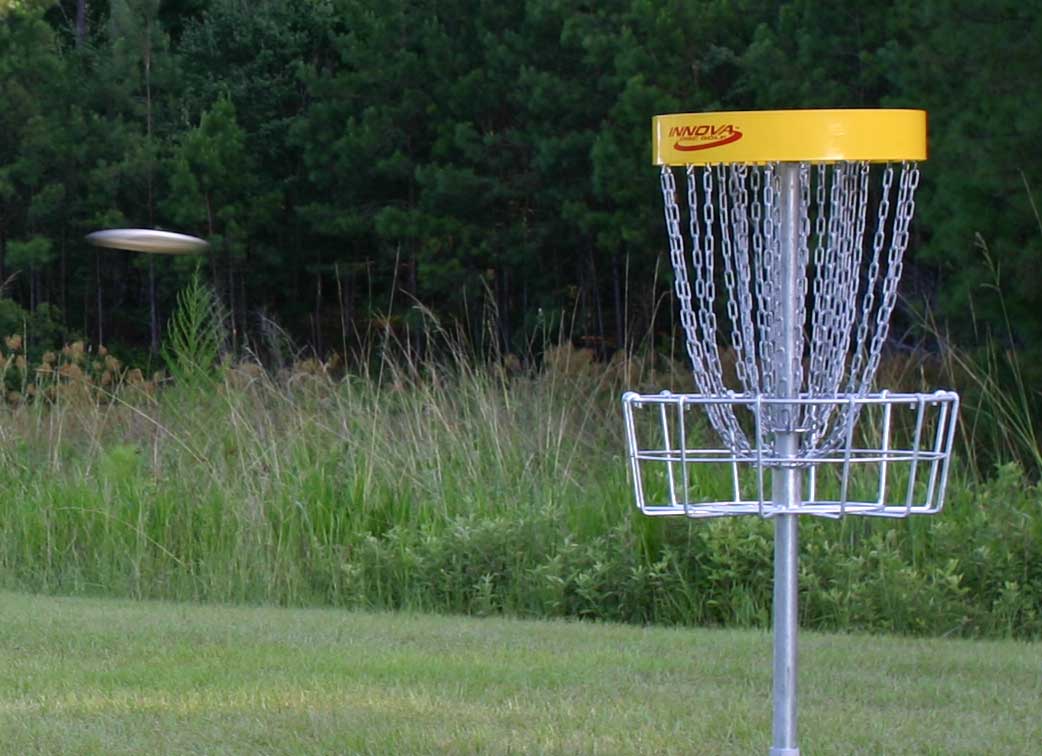 When Matt Cooper first heard about disc golf he thought it sounded a bit ridiculous. Then he had second thoughts.

Two months ago the elite golfers of the world were in Augusta for the Masters.

This week it’s the turn of the elite disc golfers of the world to head to Augusta for their World Championship.

Yes, you did read that right.

It’s golf, but with a frisbee.

They start from a tee, they play through trees, and they complete 18 holes. It’s just like golf, but with a spinning plastic disc.

When I first heard about this sport I googled and then YouTubed it. Quickly I found myself watching videos of disc golfers taking it all very, very, VERY seriously indeed.

The players concentrated very hard, the commentators argued in a very earnest fashion, and the fans were very impressed.

The urge to shout “but they’re just wanging a frisbee” was great.

Then I thought: “Hang on. Why is wanging a frisbee at a target is a big ridiculous, but hitting little balls at one isn’t?”

And the more I thought about it, the more disc golf put real golf into perspective.

Because imagine if, instead of just getting together and having a bit of a laugh, disc golfers started buying huge chunks of land and banning other people from using it.

Imagine if they insisted on nit-picking etiquette and dress rules – and then dreamt up complex rules to prevent women, non-whites and plebs from joining in.

Imagine if they constructed fake period clubhouses and some of them morphed into Disc Golf Hotels and Spas.

Imagine if professional disc golfers travelled all over the world, entering competitions every week, being sponsored by multi-national companies, watched by millions of people on TV, tens of thousands in person, and some of them raked in millions of pounds doing it.

Imagine if they refused to throw their frisbee until everyone in a 300-yard radius stood quite still and was almost completely quiet.

Imagine if they had a 40 second pre-wang routine which they had to re-start if anyone moved.

Imagine if some people got paid tens of thousands of pounds to teach them pre-wang routines – and imagine if millions of people round the world copied them.

Imagine if the professionals hired someone to carry and clean the frisbee. Imagine if they had a very needy relationship. (“You’ve got this wang. See the wang. Commit to the wang. You’re a great wanger.”)

Imagine if the whole enterprise was a multi-million pound worldwide industry.

Imagine if Americans flew over to wang a frisbee near Scottish and Irish beaches and talked of it as a transcendental experience.

Imagine if British wangers went apoplectic if Americans used the wrong words to describe the business of wanging a frisbee.

Imagine if it was all very, very, VERY serious and anyone who was good at it was worshipped for having a God-given talent to wang a frisbee.

A lot of people might think the world had gone f**king mad and that disc golfers were a big bunch of (frisbee) tossers.