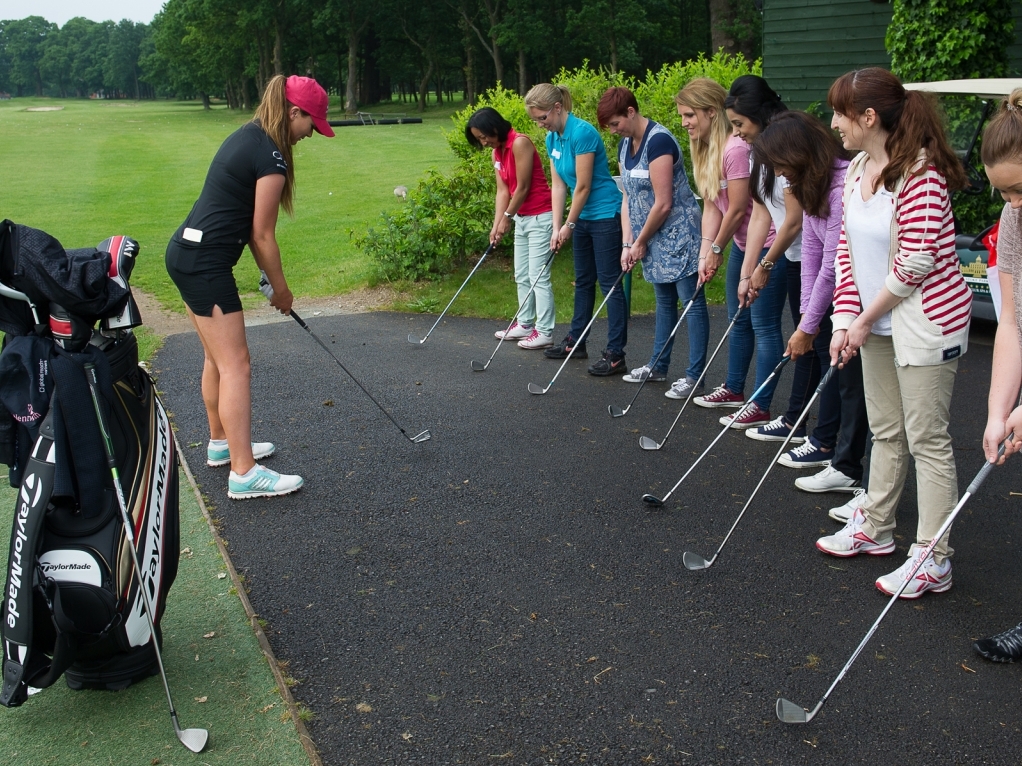 Events took place right across the globe, with more than 400 venues in 25 countries registering to participate. Stoke Park was just one of five golf facilities in England – all of them in the Home Counties – to take part in offering ladies the chance of a free introduction into the sport.

And the newcomers were thrilled to be joined by 19-year-old Ladies European Tour star Annabel Dimmock, who was only too happy to chat and offer advice.

The head of instruction at the historic venue, Stuart Rank, was delighted with the response, particularly from first-time visitors.

He explained: "Women's Golf Day is a new concept and sometimes new concepts take some time to get going – and that's maybe why just five venues in England participated. But from Stoke Park's perspective it was a great success, and having Annabel here, as well, was exciting for the ladies.

"The feedback we had from those who attended – particularly those who had not really played before – was very positive. What's more, it was clear they were having great fun, which was something we were keen to put across – that golf is fun. The ladies were surprised at how relaxed the place was. Many ladies have had bad first experiences at golf clubs and we are keen to change that.

"Several of the ladies have already signed up to come back for further lessons and, hopefully, that will be replicated worldwide as we, as an industry, look to introduce more people, of both genders, into the sport. We should all be encouraging new golfers and taking away the barriers to membership – and, to that end, making golf tuition more accessible is essential."

Originating in the USA, Women's Golf Day was a one-day, four-hour event for females to engage in the sport and was an opportunity for any girl or woman to try golf for the first – or 50th – time in a fun, non-intimidating environment.

Stoke Park already has one of the most active ladies' sections in the country. At a time when a few golf clubs are making headlines for their refusal to allow women members, Stoke Park can proudly look back on an inclusive history which shows that even when it was launched, in 1908, the then owner, Nick ‘Pa' Lane Jackson, was actively encouraging women to play.

Stoke Park Country Club, Spa & Hotel is one of just two five-AA Red Star golf clubs in England and the historic land on which it stands is recorded in the Domesday Book of 1086. It was awarded the accolade of ‘Ultimate Members Club' at the annual 59club Service Excellence Awards last year.

The historic course played host to the PGA Matchplay in 1910 and, even more famously, the golf match between Sean Connery's James Bond and Auric Goldfinger, in the 1964 film, Goldfinger. It also has a thriving golf club with around 800 active members.