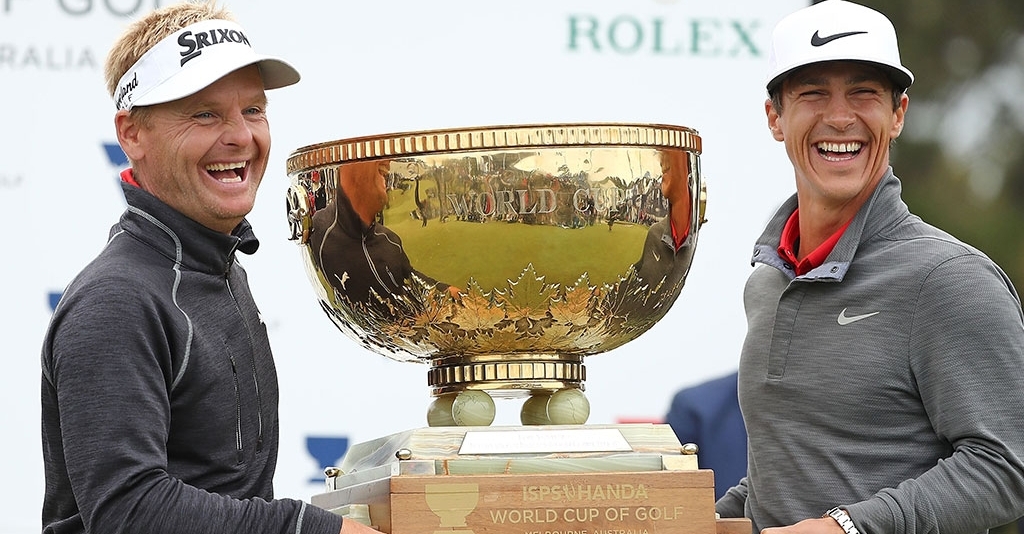 Denmark held off the challenge of China, France, the United States and Sweden to win the ISPS HANDA World Cup of Golf for the first time in Melbourne, Australia on Sunday.

Soren Kjeldsen and Thorbjorn Olesen of Denmark, who finished Saturday leading at 16-under-par, four shots ahead of American pair Rickie Fowler and Jimmy Walker, produced a brilliant back nine on Sunday to win by four shots at 20 under after firing a six under 66 fourth round for an overall total of 268.

Four shots back were Chinese pair Wu Ashun and Li Haotong (65), French duo Victor Dubuisson, Romain Langasque (63) and Fowler and Walker of the US (66), who all finished on 16 under, tied for second with a 272 total.

The Danes struggled to find their rhythm early on with an even-par front nine, a birdie on the 10th by China's Li cut the lead to one shot but thereafter on the back nine the Danish duo were on fire carding six birdies, China got three more birdies, and the US team made four on the back nine.

Frenchman Dubuisson and Langasque added five birdies on the way in, while Sweden's Alex Noren and David Lingmerth came home with a brilliant 62 for to finish at 15 under.

In an interview after their win, Kjeldsen said it had been an incredible week and had enjoyed playing alongside Thorbjorn.

"It's been an absolutely incredible week," Kjeldsen told a press conference. "I've enjoyed it so much. I've enjoyed the camaraderie with Thorbjorn. I've been so impressed by his game, his attitude, and I think we've had a great time and that reflects in the result.

"We've been very, very good keeping calm and playing our own game and we've both been playing well. So I wasn't too nervous on that back nine. I felt like we've got to make some birdies at some point. They came at the right time."