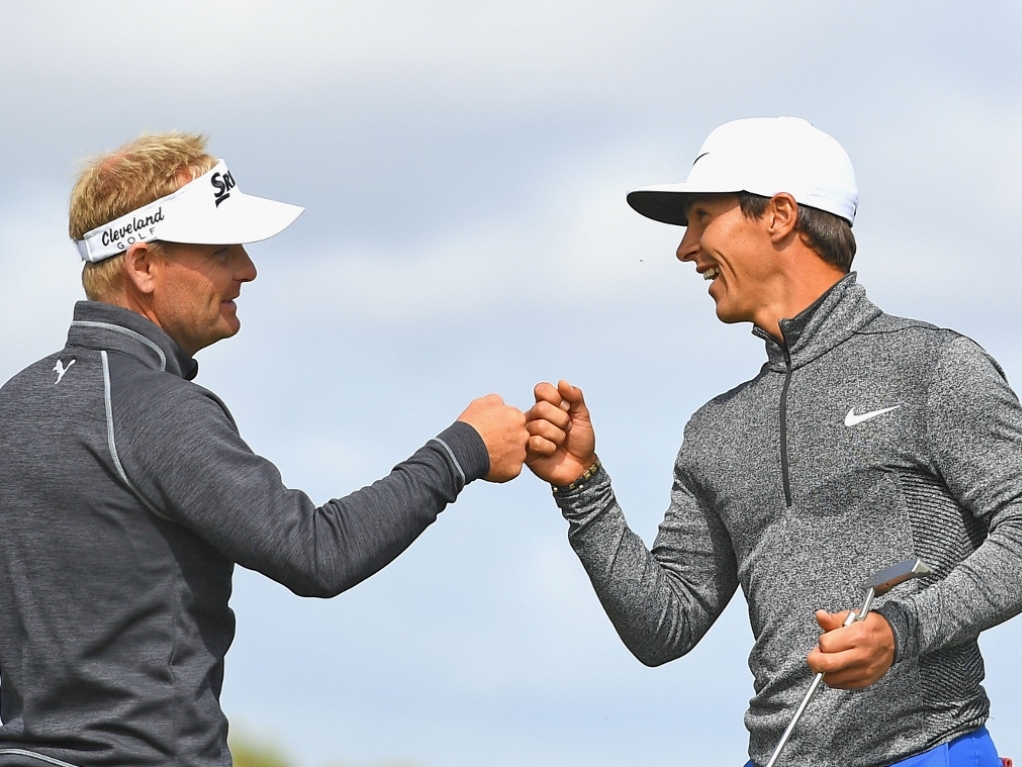 Soren Kjeldsen and Thorbjorn Olesen have an impressive lead going into the final round of the ISPS HANDA World Cup of Golf on Sunday.

The Danish duo carded a two under 70 around Kingston Heath Golf Club on Saturday, which left them on 14 under for the tournament, four shots ahead of American pair Rickie Fowler and Jimmy Walker.

Kjeldsen and Olesen surged into the lead after a sizzling 60 on Friday, but Olesen knows that leads can evaporate quickly on the golf course.

"We showed yesterday that a really low score is possible out there in the fourballs," said Olesen.

"I had a seven-shot lead in Turkey and it got down to one shot very quickly, so I know how quick this game can go sometimes. It's definitely not going to be easy tomorrow.

"There's a lot of great players here and a lot of birdies out there. It's a four-shot lead, which is really nice, but it's not going to be easy."

"You need to stay aggressive on this course but you also need to be very careful," added Kjeldsen.

"We won't be protecting a lead, we still need to go out with the same mentality and make as many birdies as we can.

"We know what's possible on this course, another 60 or even lower is out there tomorrow so we'll have to go low again, because someone else probably will."

Chinese pair Wu Ashun and Li Haotong are alone in third on nine under, while Japan France and Spain are locked in fourth place on seven under.