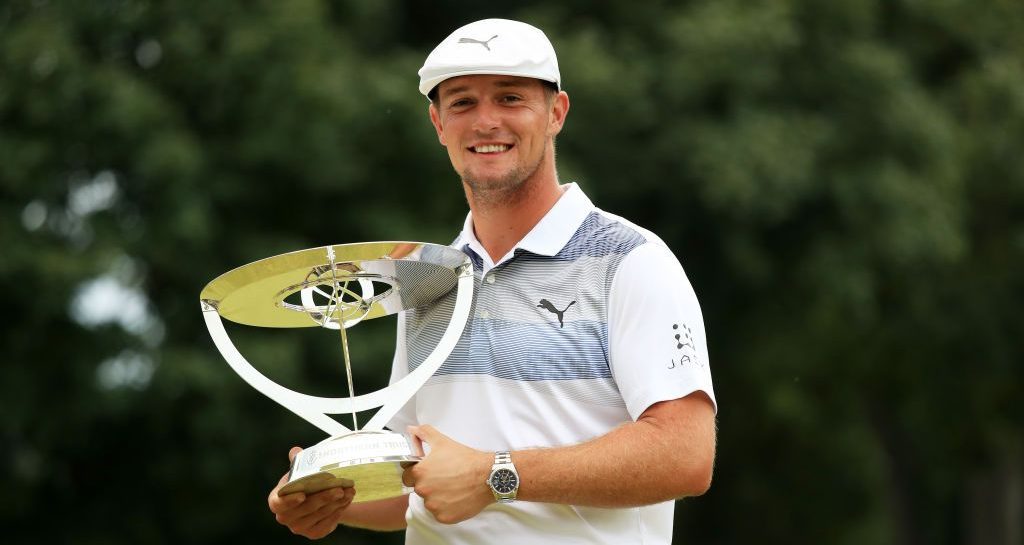 Bryson DeChambeau eased to a four-stroke victory at the Northern Trust on Sunday to lead the FedEx Cup standings after the first event.

More importantly, the 24-year old, who missed out on the qualifying spots by one spot, put himself in with a good shout of a Ryder Cup place.

Captain Jim Furyk will make his captain’s picks this week and it will be difficult to ignore Dechambeau after a third PGA Tour victory in a little over a year.

Beginning the day at New Jersey’s Ridgewood Country Club with a four-shot lead, DeChambeau quickly extended his advantage with birdies on 1 and 2, before bogeys at the third and ninth saw his lead shrink to just two shots.

Miss highlights from Round 4 @TheNTGolf?

We've got you covered. 🎥 pic.twitter.com/mrBsN0ilw7

His response was swift as consecutive birdies on 12 and 13 quickly shut the door of opportunity for his opponents as he closed out a round of 69 to finish 18-under par for the tournament.

The win moves him above world number one Dustin Johnson in the FedEx Cup standings.

“To be able to hold the lead and keep the lead for the whole time … was great,” DeChambeau said afterwards. “If I can keep playing the way I am, I think I can do great things.”

Tony Finau carded a three-under 68 to finish in second spot on 14-under while Australia’s Cameron Smith (69) shared third place with Billy Horschel (68) on 13-under.