DeChambeau: ‘Scientific’ approach the secret of my success 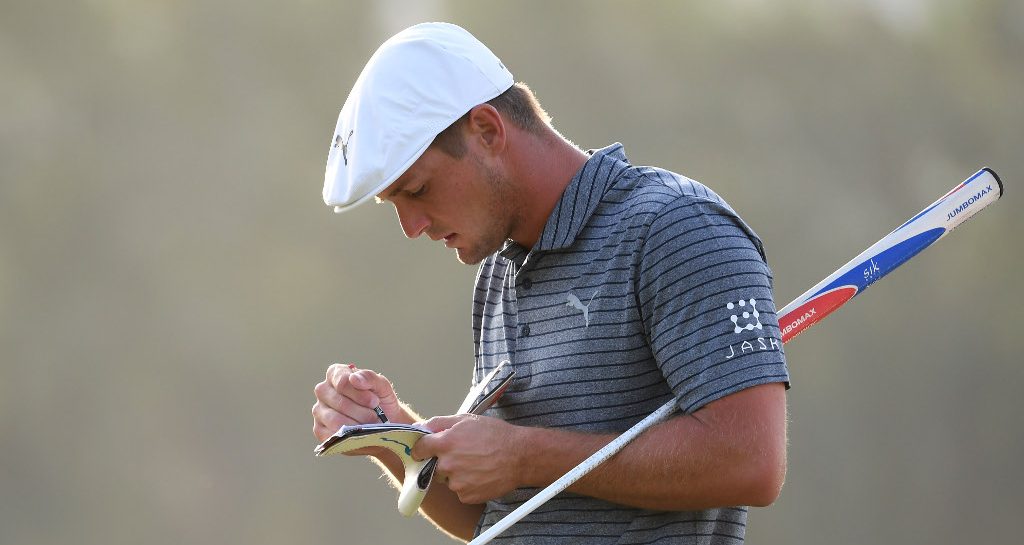 Bryson DeChambeau believes he has already proved that his scientific approach to the game is the way of the future.

DeChambeau won the European Tour’s Dubai Desert Classic by seven shots on Sunday, secured his fourth win in nine starts in the process.

The 25-year-old American has quickly become one of the most successful golfers on the planet, and has credited Albert Einstein, the German-born theoretical physicist who developed the theory of relativity, as the inspiration behind his approach to the game.

“Einstein has always intrigued me with not being successful in school and then being incredibly successful after college, and that’s kind of the same thing for me,” said DeChambeau. “Even though I loved SMU (Southern Methodist University in Dallas), sometimes school doesn’t really prepare you for the real world and what you’re going to do, and golf is unique, too. It really is a sport that hasn’t been figured out. I wanted to kind of do that. I wanted it to be one of my goals in life.

“For Einstein, he wanted to figure out general relativity, and he did. It’s pretty amazing what he’s done for the world and his work stands the test of time, and I want something in the game of golf that will do the same.”

DeChambeau has revealed, for example, that all his uses irons are the exact same length, while he uses a system of putting called vector putting, which factors percentage of slope, the length of the putt, and green speed.

He also focuses a lot on his breathing to improve his swing, and while he has sometimes been criticised for being too slow and methodical a player, he believes the results speak for themselves.

“I’m not going to predict the future, but I know with what we do and how hard my caddie, Tim Tucker works, and how hard I work, I think we’ll figure stuff out that nobody’s figured out before. It makes a difference, it really does,” he said.

“So it does make an impact. I think more people are going to start taking into account, like, oh, my gosh, this is actually not a joke. This is legitimate science.

The round of a champion 🏆

“Yeah, it’s technical and my swing, people think it’s goofy and whatever, putt weird and what I do is weird. But honestly, it’s the most comfortable thing for me because it’s what allows me to repeat motion, repeat things, time after time.

“That’s really what science is about. There’s no true law. It’s all theory until proven, and there’s no way to really prove it. It’s just happening over time, and I think that if you look at what I do is consistently starting to show itself, that it is a good way to do it. Four wins in nine starts? That’s not bad.”