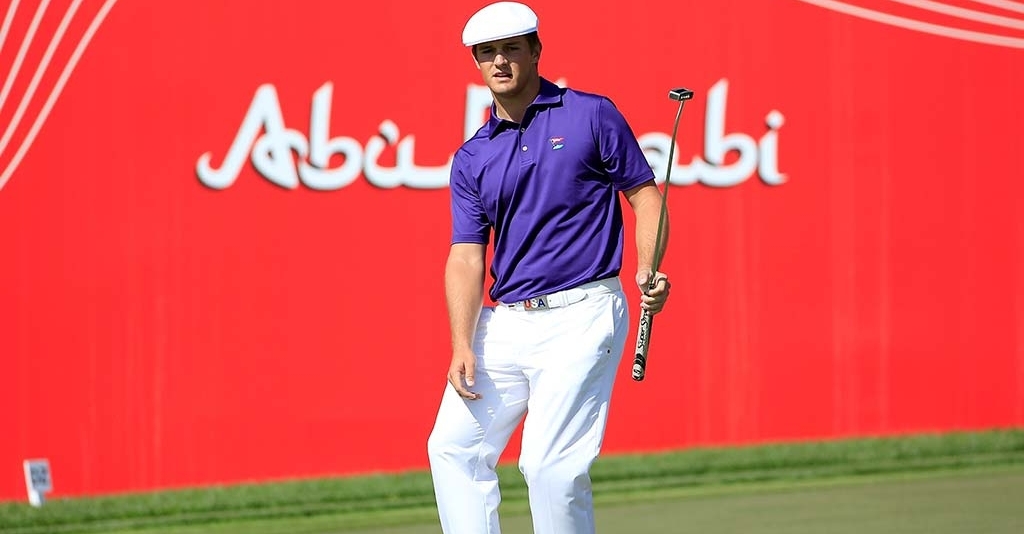 American amateur champion Bryson DeChambeau leads after the first round of the Abu Dhabi HSBC Golf Championship by one shot ahead of Henrik Stenson of Sweden after Thursdays first day.

DeChambeau fired a brilliant 64 to set the clubhouse target at eight-under.

This is the American's second European Tour event after last season's US Open Championship and he looks very at home in Abu Dhabi.

Stenson had his only bogey on the ninth in his 65 to sit at seven-under one clear of Northern Irishman Rory McIlroy and South Africa's Brendan Grace with world number one Jordan Spieth two shots back at four-under.

In fifth place is Richard Bland and Andy Sullivan who both fired a 67 followed by Thomas Bjørn, David Howell, Matthew Fitzpatrick, Niclas Fasth alongside Spieth on 68.

In his stunning round, DeChambeau dropped a shot on the third but nailed back-to-back birdies on the next two holes then got an eagle on the eighth which kick-started his round.

The American then got birdies on the 10th, 13th and 14th holes before finishing his round with a birdie on the par five 18th to move him ahead of the field.

Bjørn had an entertaining round when he birdied the 13th then triple-bogeyed on the next which he followed up with a hole-in-one on the 15th from 179 yards.

Earlier he birdies the fifth, seventh, eighth and ninth for him to finish on a 68.