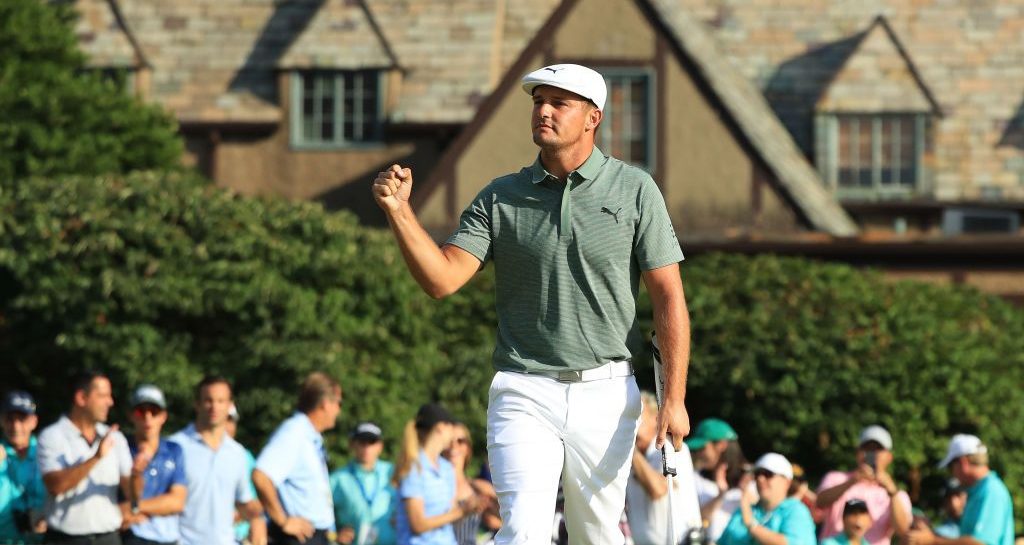 Bryson DeChambeau had two reasons to feel happy on Saturday after his superb 63 put him in the driving seat at The Northern Trust.

DeChambeau fired nine birdies as those around him faltered to open up a four-shot lead ahead of Sunday’s final round at the opening event of this year’s FedEx Cup playoffs.

Victory would see DeChambeau one of the top seeds at East Lake and give him a shot at the US$10 million FedEx Cup grand prize.

It would also throw him into contention for a spot in the upcoming Ryder Cup, when captain Jim Furyk makes his captain’s picks next week.

“I’ve just got to keep focusing on this tournament,” said the 24-year-old. “If I can play well in the first leg of the FedEx Cup, I’ll hopefully show captain that I’m worthy.”

He certainly showed his mettle on Saturday, as only DeChambeau and Aussie Adam Scott managed to break par from the last 10 players out on the course.

Scott birdied three of his last four holes for a one-under 71 and a tie for fifth place alongside Billy Horschel.

Keegan Bradley was the only player to better DeChambeau’s effort, the 2011 US PGA champion carding the round of the day with a nine-birdie 62 to move into second place on 12-under par.

Australian Cameron Smith (65) and Tony Finau (66) were tied in joint third place on 11 under.

Dustin Johnson, who started the day two shots back, fell away after a 72, while double major winner Brooks Koepka slipped to seven shots off the pace after also carding a 72.