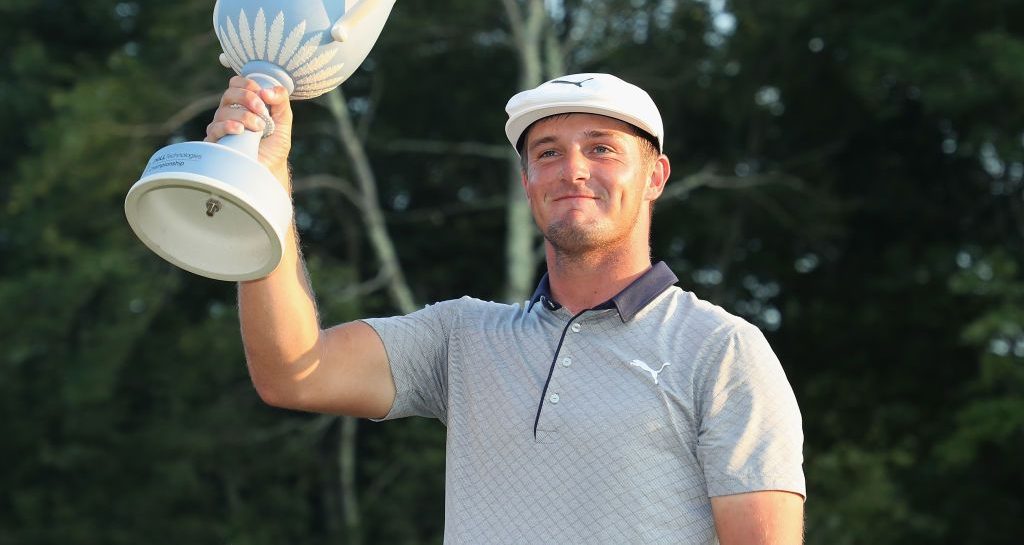 Bryson DeChambeau staked his claim for a Ryder Cup place on Monday, winning his second tournament in a week at the Dell Technologies Championship.

Seven days after victory at The Northern Trust, DeChambeau carded a final round 67 at TPC Boston to finish on 16 under for a two-shot victory as he made it back-to-back FedExCup playoff wins.

Check out all the highlights from his final round @DellTechChamp that led to his second consecutive win. pic.twitter.com/DjRir5OXox

The 25-year old did the damage going out, as five birdies helped him move clear of the pack, with only second-placed Justin Rose threatening late on as the Englishman birdied four of the final six holes to set the clubhouse lead at 14 under.

Another amazing week and win! Thank you @delltechchamp for a great week and all of my friends, family and fans for the support! #FedExCupPlayoffs pic.twitter.com/qwHD7cQVCr

Australia’s Cameron Smith came in third place one shot further back after a 69.

Starting the day one shot behind overnight leader Abraham Ancer, DeChambeau soon got his nose in front thanks to two early birdies, and although Hideki Matsuyama, Rafa Cabrera Bello  and Rory McIlroy briefly challenged his position, further birdies at seven, eight and nine saw him stretch things out.

The young American then held his nerve down the stretch to claim the victory and become the first player to win consecutive tournaments this season.

A third title of the season should also guarantee him a place among Team USA captain Jim Furyk’s wildcard picks, which will be announced on Tuesday evening.

Tony Finau, another contender for a wildcard birdied the last for a 68 and joint fourth position alongside Hideki Matsuyama (65) and CT Pan (66).

Dustin Johnson secured his spot as world No 1 for another week after a nine-birdie 64 saw him into tie for seventh on 11 under.