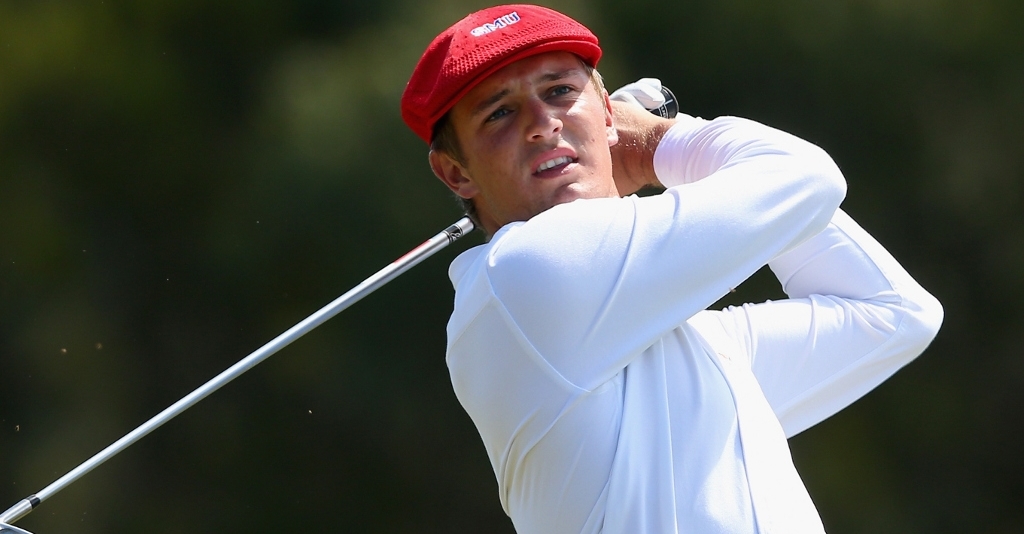 United States rising star Bryson DeChambeau is expected to make his debut start on the European Tour when he competes at the Dubai Desert Classic next year.

DeChambeau, who is one of the most highly regarded amateurs in the sport at the moment, is expected to turn pro earlier than had been envisaged, primarily because Southern Methodist University, his college golf team, received a one-year postseason ban from the NCAA earlier this year.

The European Tour might provide the ideal opportunity for him to kick-start his career.

"It will be my first visit to Dubai, but I have heard many good things about the city from fellow players and know the tournament attracts a very strong field each year," said DeChambeau.

"If you look at the roll of honours, it's so impressive with some of the greatest players in the game such as Seve Ballesteors, Ernie Els, Tiger Woods and Rory McIlroy becoming proud owners of the giant Arabian Coffee Pot that holds special significance to the players," added the young American.

"It will feel nice to have my name written on a famous trophy, but I don't want to get ahead of time and will take things as they come. It would take something special to beat the challenge, but I will try my best and see what happens," he added.

Playing away from home will be daunting for DeChambeau, as it has been for many Americans in the past. However, he has embraced the challenge and remains confident that he will make a mark during the so-called desert swing.

"All I know is that, it will be fun playing in Dubai and I am looking forward to visiting the city where so much golf action is happening. A big thank you to 'golf in DUBAi' for the invitation," said DeChambeau.