DeChambeau apologises for McEvoy brush off 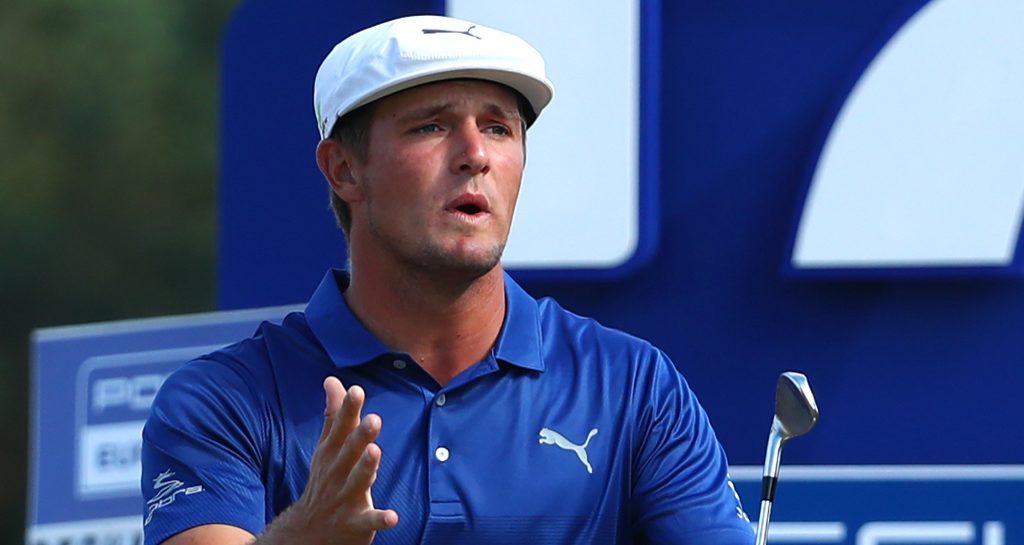 Bryson DeChambeau has apologised for only offering winner Richard McEvoy a brief handshake at the Porsche European Open yesterday.

The American had looked on course for victory at the European Tour event before unravelling down the stretch and handing McEvoy his first win in 285 starts.

His frustration at making a meal of his chances meant DeChambeau was in no mood to acknowledge the winner on the 18th green, offering only the briefest of handshakes before storming off.

His behaviour did not go unnoticed, and DeChambeau was pilloried on social media for showing a lack of sportsmanship.

European Tour golfer Eddie Pepperell and Mark Fulcher – caddie to Justin Rose – were among those calling the American out.

@b_dechambeau
Didn't do yourself any favours there Bryson! Plenty of style – but no class. pic.twitter.com/bLD4Pies4I

Has to be said, as far as classless handshakes go, that was a good’n!

Perhaps DeChambeau can be forgiven, though, considering he had gone from leading with five holes to go to finishing T13 after bogeys at 14 and 15 and a triple-bogey at the last.

Having cooled down later in the evening, DeChambeau took to his Instagram account to apologise for his action.

Tough finish today at the @peo_18 , but overall I had a great week in Hamburg. Thank you to Porsche European Open for having me. A terrific golf course with great support from the fans. I apologize to Richard McEvoy and the fans for my brevity on 18. He is a class act, worthy champion and I enjoyed playing with him the past two days. Looking forward to next week in Akron at the @wgc_bridgestone and continuing to work hard on my game

While McEvoy didn’t respond directly, his caddie did tweet, saying it was clear that DeChambeau was ‘hurting’.

Guys let me put this to bed the scientist dechambeau shook hands with me and Macca yes he was pissed off with his finish but he’s a winner and was hurting !