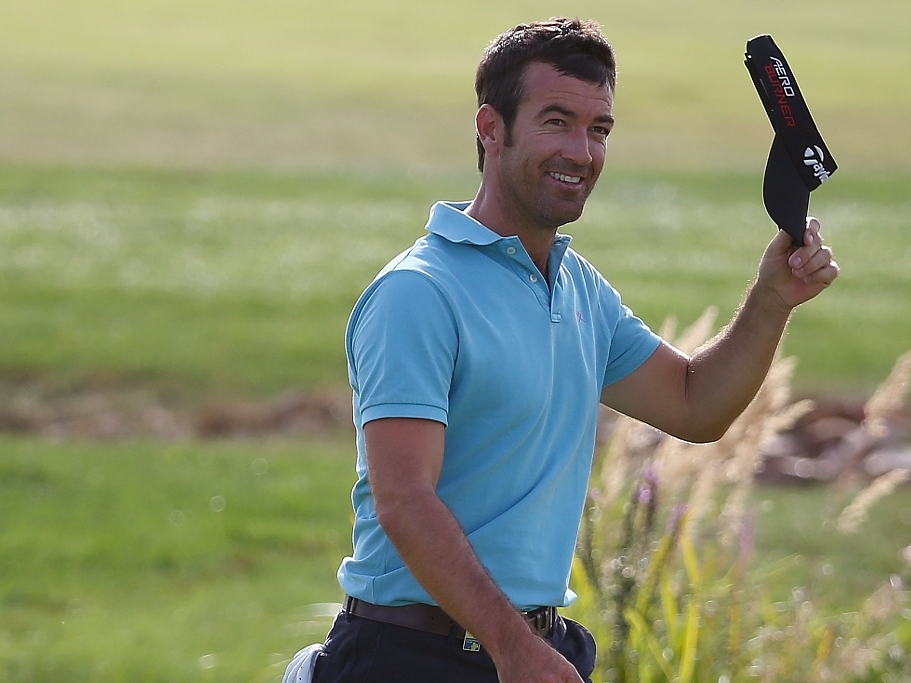 Eduardo de la Riva stole a share of the first round lead at the European Tour Czech Masters on Thursday after an audacious eagle on the 18th hole.

The Spaniard arrived at the 18th trailing Renato Paratore by two shots on five-under, but drained his long-range approach shot to draw level with the Italian.

De la Riva also bogeyed the second hole, and carded three birdies on his way out and another three after the turn to finish with a score of seven-under.

“It is very good to finish with a two on a par four, especially on this 18th hole which is very difficult,” he told the European Tour website.

"I didn’t have to take a putt on the 18th, so it is a very good finish. It is perfection.”

De la Riva added that he was pleased with his performance in light on his poor showing at the Made in Denmark last week.

“I played very well in Denmark for the first two rounds and then at the weekend, on the greens I putted very badly,” he said.

"I feel good. Today I putted well and the long and short game were good too. It is a nice course and nice weather. The course is in good condition.

“Renato and I are friends. He is a very good young player and it is nice to play with him.”

Paratore had an equally impressive first round; shooting a birdie on the first, another on the sixth, five more after the turn, and staying bogey-free throughout.

England’s Sam Hutsby and Matthew Fitzpatrick, as well as Sweden’s Pelle Edberg and Belgium’s Thomas Pieters are tied for third on six-under. Eight others are tied for seventh another shot back.