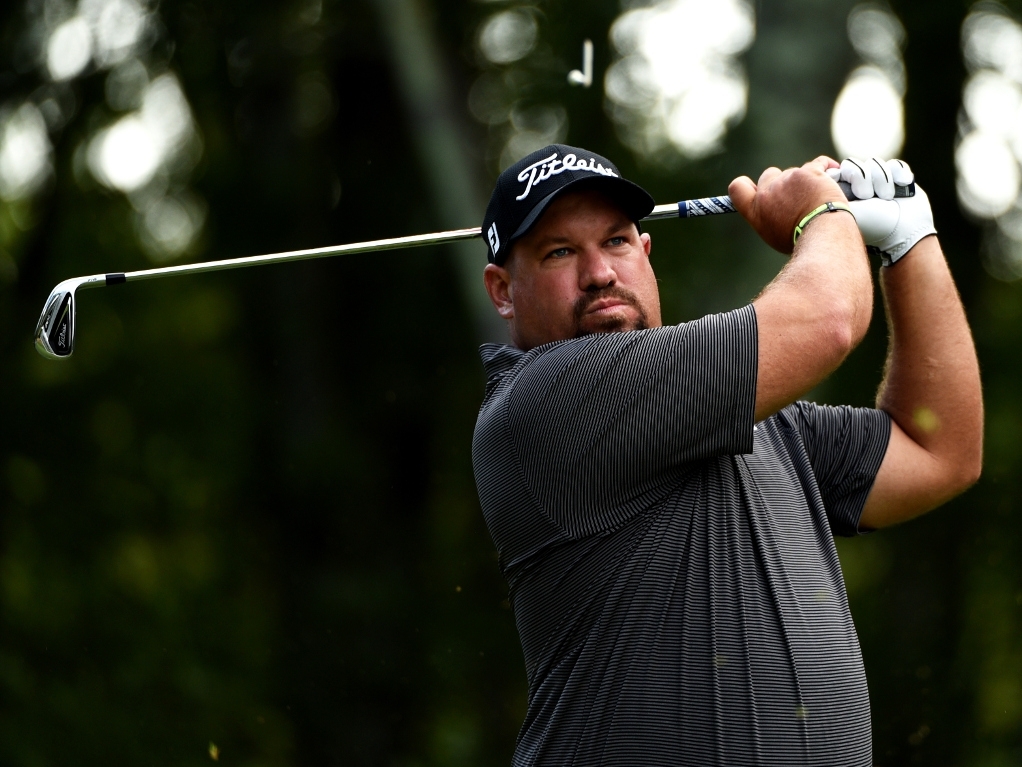 Zimbabwe's Brendon de Jonge fired a six-under-par 65 to take a two-shot lead at the Deutsche Bank Championship, while Jordan Spieth was nowhere near his best on Friday.

PGA Championship winner Jason Day carded a three-under-par 68 to sit in a tie for 11th, while world number one Rory McIlroy recorded a one-under-par 70 to remain in a tie for 26th.

World number four Bubba Watson is currently in a tie for 59th after hitting a two-over-par 73, while Open Championship winner Zach Johnson is four strokes off the lead after registering a two-under-par 69.

De Jonge, who has not had a top ten finish since the Houston Open in April, began his round with three birdies on his front nine before making consecutive birdies at the first and second to start his back nine. His lone blemish of the day came at the third, where he missed a nine-foot par putt to record a bogey. However, he made up for it with two birdies at the fifth and ninth.

Meanwhile, Spieth, who recently lost his spot atop the world rankings after missing the cut at The Barclays, struggled right from the get-go as he fired a four-over-par 75.

The 22-year-old, who is 10 strokes adrift of the lead, made just one birdie on his front nine, along with five bogeys. His fortunes did improve a little on his back nine though as he made three birdies and three bogeys.

Day on the other hand began his round with a hat-trick of birdies from the 10th to the 12th hole. With the rest of his front nine consisting of pars, the 27-year-old, who is coming off consecutive victories at the PGA Championship and The Barclays, made two birdies and two bogeys on his back nine.

McIlroy had a fairly successful front nine even though he recorded a bogey after missing a nine-foot par putt at the 14th. The world number one notched birdies at the 16th and 18th before proceeding to make two more at the third and fourth. However, he ended his round on a low as he registered consecutive bogeys at the eighth and ninth.

Watson, who withdrew from the Deutsche Bank Championship Pro-Am on Thursday with back pain, stumbled during his front nine as he made just one birdie to go along with four bogeys. However, his fortunes took a turn for the better on his back nine as he carded two birdies and a bogey.

Johnson, meanwhile, had a fairly quiet front nine as it consisted of just one birdie and a bogey. He registered his second birdie of the round at the 10th before going on to finish his round on a high as he made another birdie at the 18th.