Day to forget for Asia 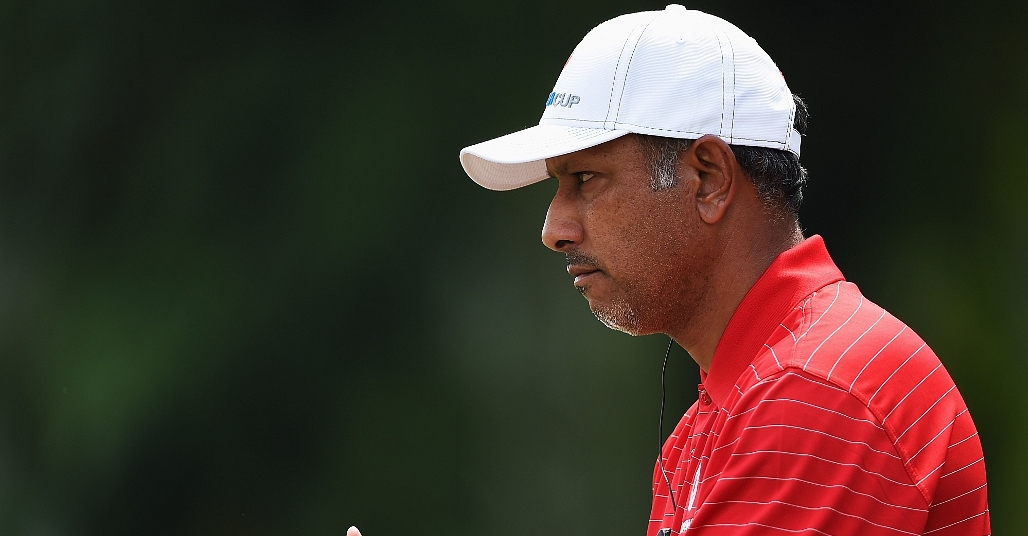 Bernd Wiesberger and Ian Poulter put the visitors' first point on the board after beating Anirban Lahiri and Jeung Hun Wang four and three in match one.

"I think we did good as a team. We holed some key putts when we wanted to, and we had our good moments, each of us, and helped each other out, so it was a good team effort today," Wiesberger commented.

Europe's second point came in match four with Ross Fisher and Kristoffer Broberg rushing to a six and four victory over Prayad Marksaeng and K.T Kim.

"We were really up for the challenge come the first tee, and just kept saying to each other 'come on, let's keep the pedal down, let's just put two balls in play'," Fisher said after his win.

Asia finally got on the scoreboard when Byeong-hun An and Thongchai Jaidee completed an impressive turnaround to beat Danny Willett and Matt Fitzpatrick three and one in match two.

Shane Lowry and his partner Andy Sullivan restored the two-point cushion for Europe with a two and one triumph over Wu Ashun and Shingo Katayama in match five.

Europe then capped off a fantastic day at the EurAsia Cup when Lee Westwood and Chris Wood overcame Kiradech Aphibarnrat and SSP Chawrasia two and one in match six.

At the conclusion of play European captain Clarke was delighted with his team's performance.

"It's a wonderful start for Europe. There was a lot of matches there where it could have swung either way on the back nine," he said.