Day three in Germany a washout 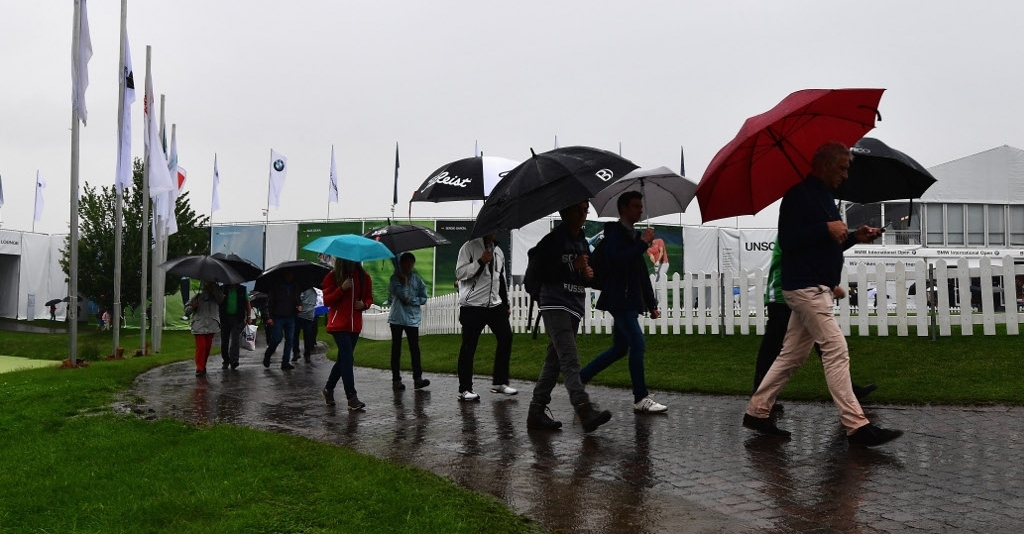 The leaders at the BMW International Open will have to complete 36 holes on Sunday, after Saturday's third round was washed out.

Just four hours of play took place at Golf Club Gut Laerchenhof on Saturday before play had to be called off entirely due to a flooded course.

That wasn't enough time for the frontrunners to get under way.

Heavy rain led to the suspension of play at 11.59am, and play was eventually called off for the day at 4.00pm.

Play will restart at 7.30am on Sunday morning with the final group going out at 8.42am and the final round then getting under way at 9.30am.

The players will go out in groups of three, with the final group of Henrik Stenson, Raphael Jacquelin and Kiradech Aphibarnrat hitting their final tee-shots off the first at 1.30pm.

David Horsey and YE Yang were the biggest movers on Saturday. Both picked up four shots to move to five under par four the tournament. That was still six shots adrift of the leaders, however.

France's Clement Berardo also picked up two early birdies to move to six under and into a tie for 10th.