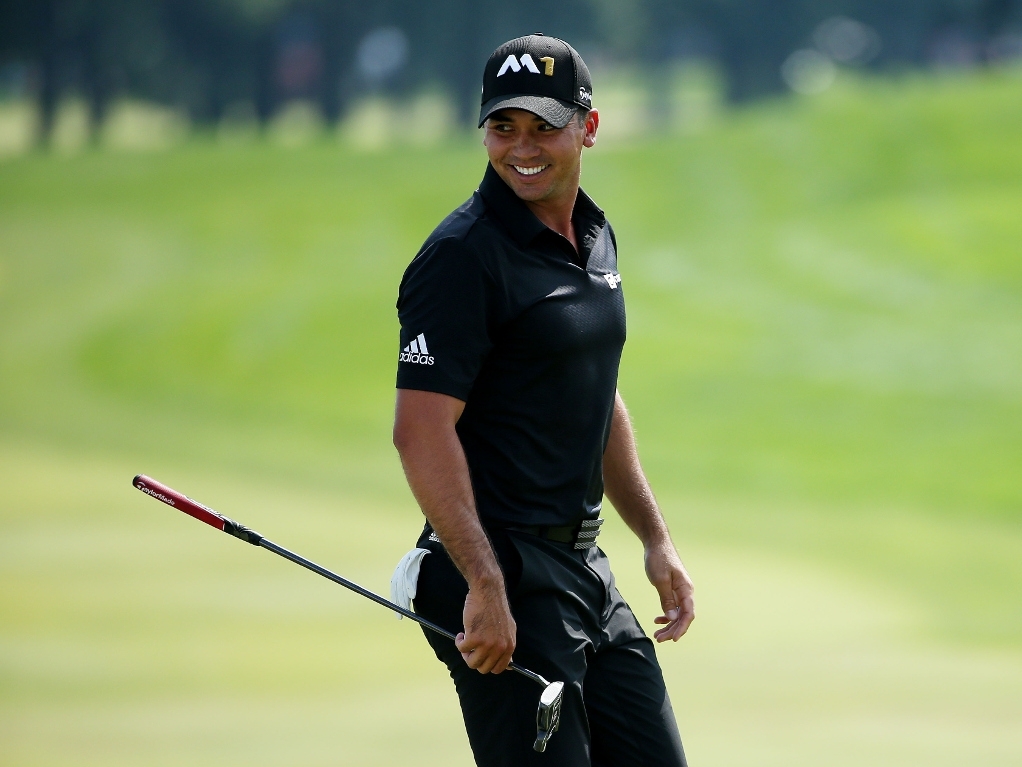 Jason Day stole the spotlight once again on Thursday as he moved to 10-under after 17 holes before bad weather interrupted the first round of the BMW Championship, the penultimate event in the FedEx Cup play-offs.

Daniel Berger is Day's closest competitor four strokes adrift of the Australian, while world number two Jordan Spieth is on five-under following 17 holes and in a tie for third with Brendon Todd, Kevin Chappell and Justin Thomas.

Bubba Watson, one of the day's late starters, was only through 13 holes when play was suspended, but had already moved to four-under to sit in a tie for seventh.

World number one Rory McIlroy is seven strokes off the lead in a tie for 12th, while Rickie Fowler is on one-under and in a tie for 27th with one hole to play.

Day, who has won two of his last three events, including his maiden major at the PGA Championship, was in red-hot form on his opening nine after starting at the tenth tee, with the Australian taking the turn in 32 after registering five birdies and a bogey.

The highlight of the day came at the first, where he holed out from a fairway bunker from 80 yards back for an eagle. He followed that up with consecutive birdies at the second and third before going on to pick up further shots at the seventh and eighth. Day had begun to play his final hole when inclement weather saw play suspended and he will begin on Friday with a shot for a 59.

Berger, who carded a six-under-par 65, also excelled in the breezy conditions as he made four birdies and a superb eagle on his front nine. However, he was less consistent on his closing nine, and made consecutive bogeys at the 15th and 16th to go along with birdies at the 14th and 18th.

Spieth, who was paired with Day and Fowler, made a slow start to his campaign as he registered two birdies and two bogeys on his front nine. However, the reigning Masters and U.S. Open champion turned his fortunes around after taking the turn in level-par 36.

The Texan's resurgence started with a magnificent hole-in-one at the par-three second and he followed that up with a 78-foot chip-in from the left fairway. Two more birdies followed at the fourth and seventh before his round was brought to a premature end.

Spieth is joined on five-under by Thomas and Chappell who have five and two holes left to play respectively, while Todd has completed his 18 holes.

Watson remains six strokes off the lead after making five birdies and a bogey over the 13 holes he played. The two-time Masters champion is level with Scott Piercy and Matt Kuchar who are already in the clubhouse, as well as Kevin Na and George McNeill who are still out on course.

McIlroy, who sits on three-under, was through 12 holes when play was stopped. Having begun at the tenth tee, the Ulsterman took the turn in 33 after notching up three birdies. However, the world number one then surrendered a shot with a disappointing missed par putt at the first from just three feet. He would bounce back with a birdie at the third, his final hole of the day.

Joining McIlroy on three-under is Open Championship winner Zach Johnson, who recorded three birdies, two bogeys and a spectacular eagle at the par-four 15th during his round of three-under-par 68.

Fowler, who came into the event on the back of a brilliant victory at the Deutsche Bank Championship, sits nine strokes behind Day after getting through 17 holes.

The 26-year-old did not get off to the best of starts as he made two bogeys on his first three holes before he began to find his touch by making a hat-trick of birdies from the 14th to the 16th before registering par at the following 10 holes.

Meanwhile, veteran Jim Furyk withdrew from the tournament with a wrist injury after only playing six holes.