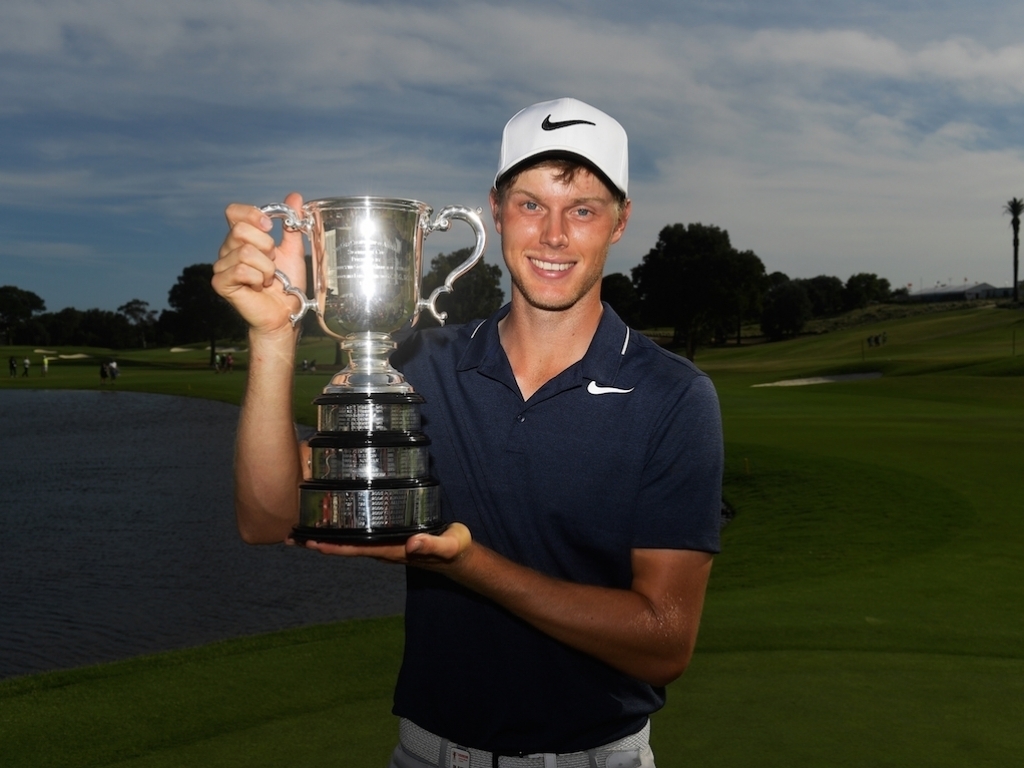 Cameron Davis was the star of a dramatic final day of the Australian Open as he came from behind to lift the trophy in a star-studded field.

Davis, the 22-year-old Sydney player who has had a difficult first year as a professional, bolted around the layout in just 64, the lowest round of the day by three shots, to post 11-under, closing with a birdie from close range at the 18th hole.

That number was good enough for victory by one stroke. There were two players in a tie for second – Matt Jones and Jonas Blixt.

“It’s a little bit numb at the moment, I think,’’ Davis said.

“I just didn’t expect to be in this situation. Even though I had a great round, I just didn’t think I was going to be far enough up the leader board.

“But to finish my round and see where everyone was at, I was kind of surprised.

As for the two superstars in the field, Jason Day saw his chances of victory go up in smoke as he posted a disappointing final-round 73 to finish in fifth place, three shots off the pace.

Jordan Spieth carded a solid final-round 67 that saw him finish on six under, five shots back.