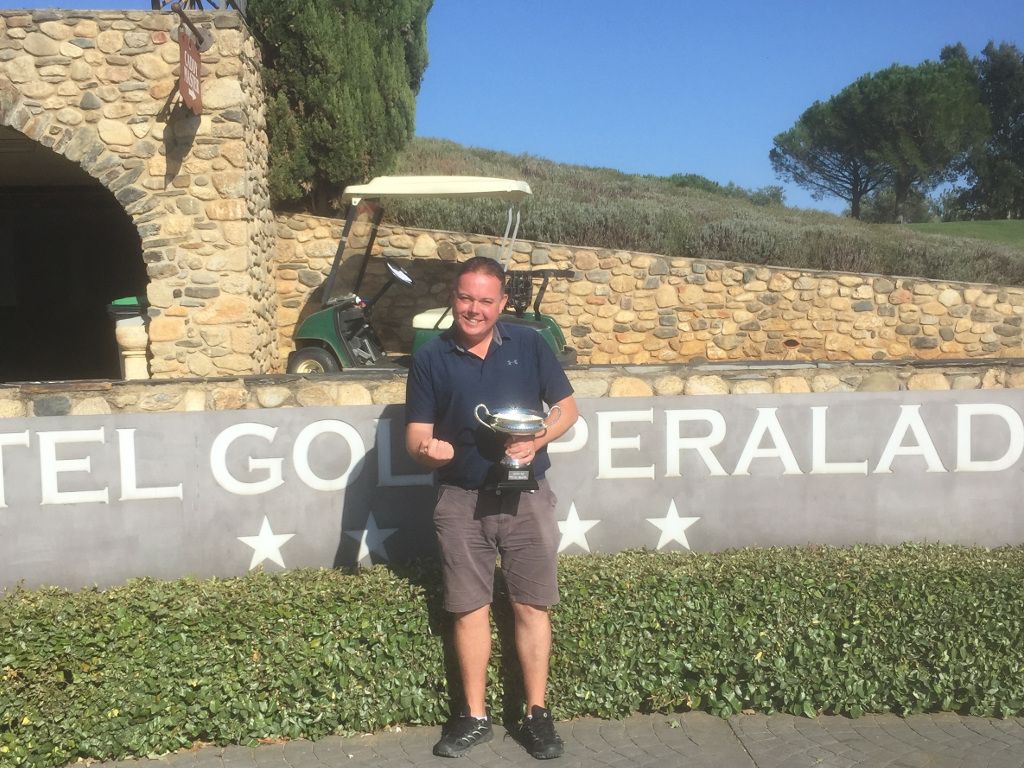 Camera expert Wes Davies was the grinning subject of the winner’s portrait after he claimed the trophy in the grand final of A Taste of Costa Brava.

Davies, a five-handicapper who owns Cranleigh-based business Camera Repair Direct, captured his moment in style in the stunning landscapes of the region as he stormed to the title with two fine rounds at Torremirona Golf Club and Club de Golf Peralada.

Two rounds of 37 Stableford points were enough to leave his rivals in the darkroom as he set the pace on day one and then allowed his game to develop at its own pace to seal the prize with plenty to spare.

It was the culmination of the tournament which attracted more than 700 club golfers at eight different clubs from five of England’s southern counties to join the battle.

A delighted Davies said: “It was an amazing trip and far beyond what I was expecting. It was fantastic to win. I was just really steady and kept the ball in play. But it was great to meet all of the other finalists and to play at two fantastic golf courses in Costa Brava.

“The greens were quick, the courses were really enjoyable and the welcome we received was second to none.”

Situated 100 kilometres north of Barcelona in a region nestling between the foothills of the Pyrenees and the waters of the Mediterranean, the Costa Brava enjoys average annual temperatures of 16.5C??? and offers an array of first-class golf experiences in a natural and unspoilt environment, including the world-class PGA Catalunya.

Jaume Marin, marketing director of Costa Brava Tourism, said: “A Taste of Costa Brava is a fantastic way to engage and communicate with UK club golfers and it has been a very successful event.

“This is the second year of the tournament and we believe it will continue to grow. Congratulations to Wes and to all of the competitors – it was a pleasure to welcome them all to Costa Brava.”