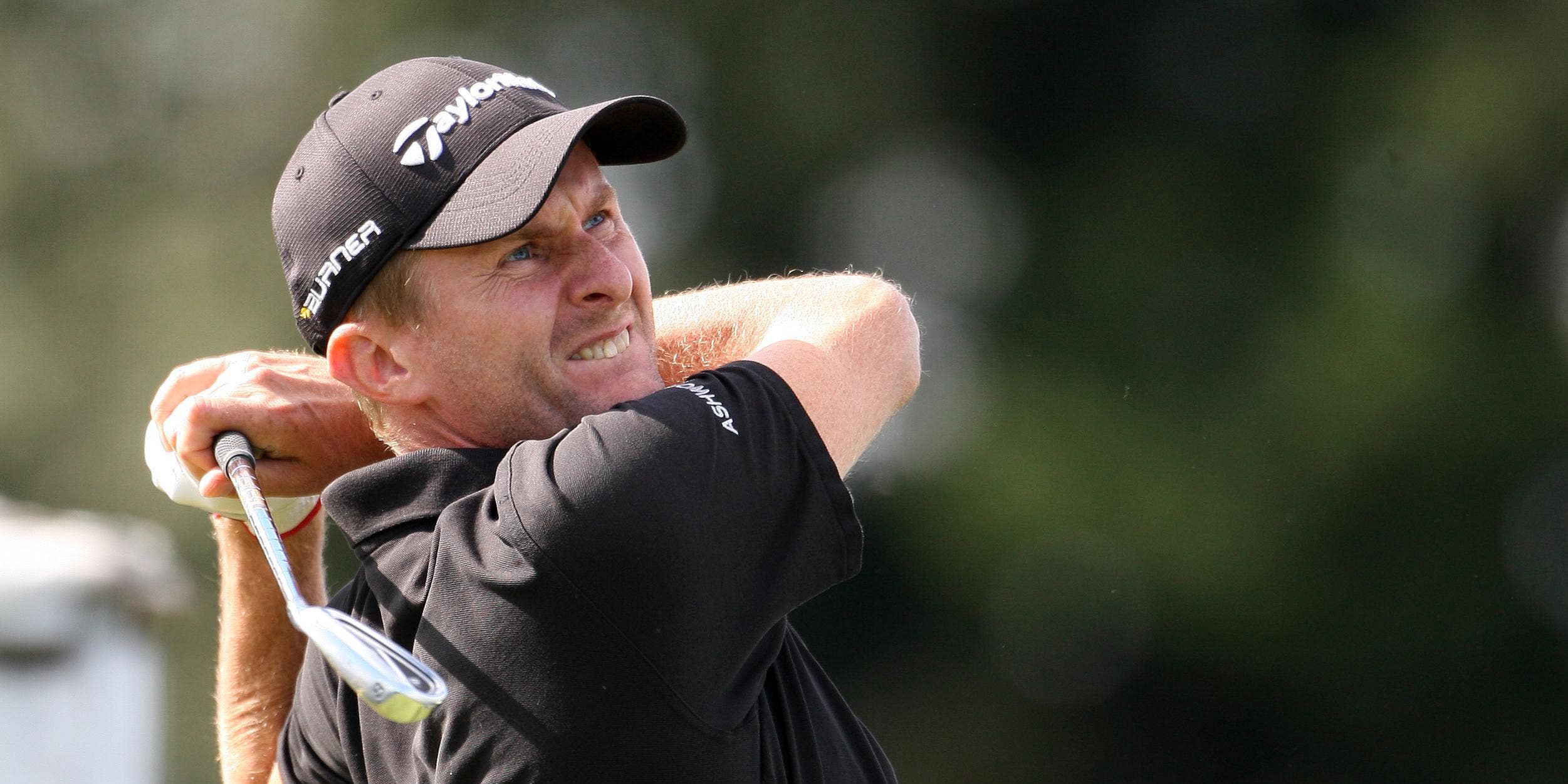 Nine years on from the performance which made him the answer to countless pub quiz questions, David Lynn remains engagingly modest about finishing runner-up in the 2012 US PGA Championship at Kiawah Island.

And as the likes of that year’s champion Rory McIlroy prepare to tackle the South Carolina course once more in the year’s second major, Lynn will be among the interested spectators.

“I don’t watch much golf on TV, the only one really is the Masters but I’m going to have to have a little sneaky look to see how it has changed,” Lynn told the PA news agency.

“I was reading it’s the longest course in major championship history (at 7,876 yards), but I can’t get my head around the fact it’s only grown by 200 yards since 2012.

“I was never a crusher of the ball so how did I do well round there?”

Even Lynn’s presence in the field was something of a surprise given that a tie for 53rd in the 2003 Open was his only previous major appearance, but a place in the world’s top 100 – which he protected by not playing the Austrian Open – secured his berth.

Having just bought a new house, Lynn actually spent most of the build-up to the US PGA doing DIY and digging the garden before realising some practice might be in order.

“After three weeks I thought I’d better go and hit some balls,” Lynn recalled. “I remember going to the range and everything felt great and so I just ticked it over really in that final week. I was very much a feel player, anyway, never had a coach.

“Kiawah wasn’t what I expected because having seen the 1991 Ryder Cup it looked real ragged around the edges. It had been tidied up to a nice country club status but it’s a hell of a track and if you do go off the fairways you can get yourself in a bit of trouble.

“But I got out there on the range and everything still felt nice and I managed to carry that over into the tournament, especially at the weekend with a couple of 68s in strong winds to fly through the field.

“I can probably only remember nine holes in total and 17 is obviously the one you were looking forward to having seen it mess up so many scores in the Ryder Cup.

“In the final round the wind was pumping off the left, loads of people were bailing out away from the water and I just stood up there, hit five iron to about 20 feet and boxed it.

“I remember walking to the 18th tee and someone shouted ‘You’re lying second on your own man’. I even hit it to about eight feet on the last from out of a fairway bunker but missed the putt.”

Nevertheless, outright second place – albeit eight shots behind McIlroy – was worth US dollars 865,000 and secured a PGA Tour card for the following season.

“I went with daft Wayne (his caddie, Wayne Husselbury) and me and him had a hoot,” Lynn said. “We drove between events if we could, just to kill a Monday and getting to see a bit of the place.

“I’d fallen out of love with golf but what happened to me at Kiawah and then being able to go and play in America, that rejuvenated me.

“A totally fresh challenge, a new course every week, new faces. It was great, I was a rookie again and it’s not very often you can say that when you’re getting close to 40.”

Lynn also came agonisingly close to a PGA Tour victory, losing out to Derek Ernst in a play-off at the 2013 Wells Fargo Championship, but finished the year by claiming his second European Tour title with a closing 63 in the Portugal Masters.

Spending 42 weeks away from home had taken its toll however, and by early 2014 Lynn had decided to retire at the end of the season, leaving him free to turn his dabbling in property into a successful second career, with his company building a collection of 38 houses in Immingham, near Hull.

The 47-year-old from Wigan has no regrets, although being a part of the ‘Miracle at Medinah’ would have been nice.

Second place at Kiawah Island lifted Lynn from 28th in the Ryder Cup rankings to 13th, but Europe’s captain Jose Maria Olazabal only had two wild cards and gave them to Ian Poulter and Nicolas Colsaerts.

“I remember seeing a +3 number calling on my phone and I said to my missus, ‘This is Olazabal ringing me to tell me I’ve not made the team’,” Lynn said.

“She said ‘Are you going to answer it?’ And I’m like ‘Nah, I’m going to leave it. Keep the dream alive for a little bit longer can’t I’?

“On the third call I finally answered and sure enough it was Olazabal saying you’ve had a great time and you were very much in my thoughts after America, blah blah blah.

“And the rest is history, the Miracle at Medinah. It could have been me.”