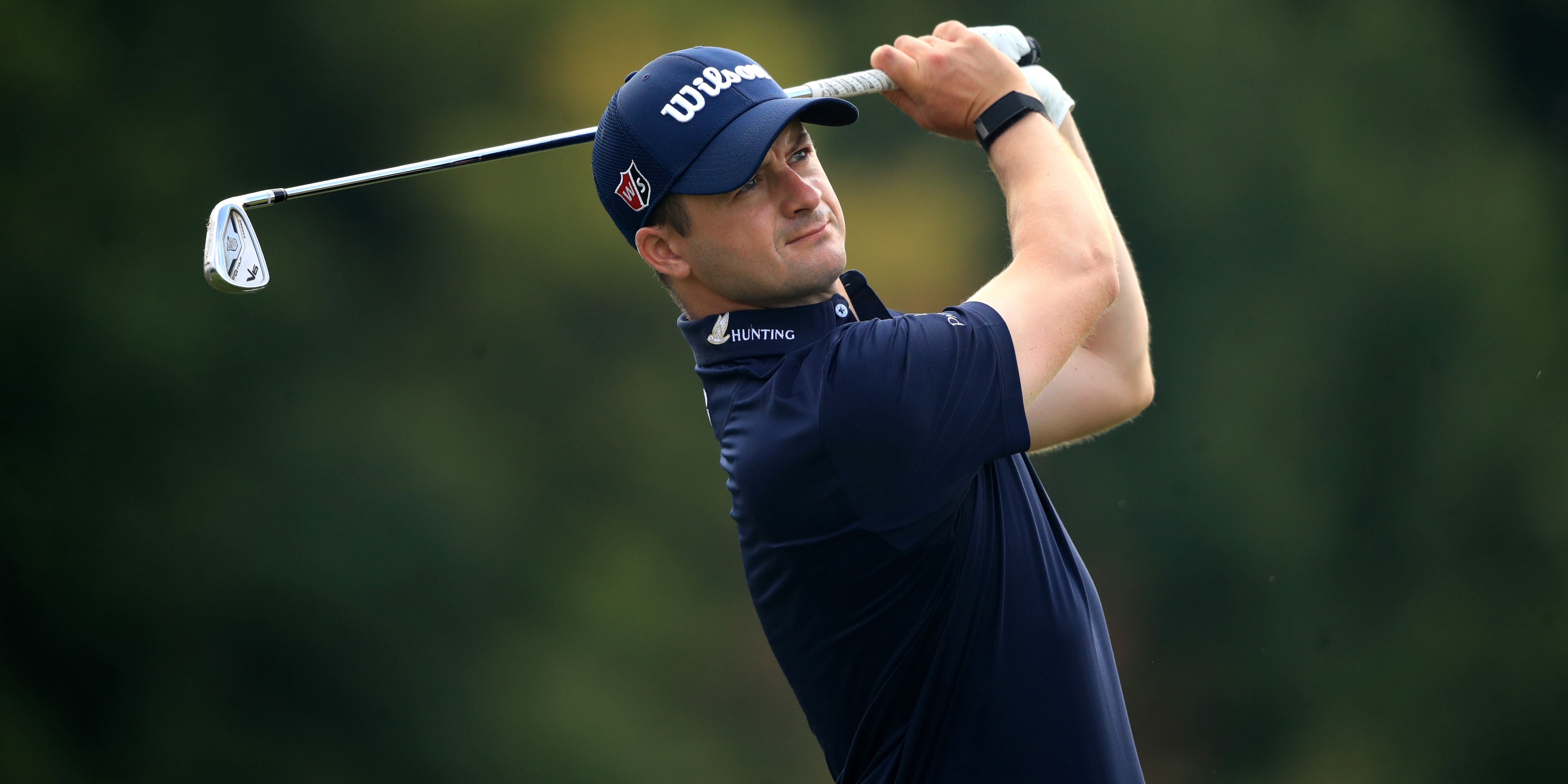 Scotland’s David Law equalled his lowest score on the European Tour to claim the lead after day one of the Qatar Masters.

“It was a good score,” said the 29-year-old, who also shot 64 in the opening round of last year’s Betfred British Masters. “I played really well. Conditions were quite easy but I was happy with my iron play and I holed some putts, which was nice.

“I’ve been guilty over the last few weeks when I’ve had decent rounds going of not finishing them off. I was semi-conscious of sticking with it and trying to go low. I was really happy with how I stuck to my routines, my processes and I came out of it with a good score.

“I’m a lot more focused on my targets rather than my golf swings. Over the last couple of seasons I’ve been guilty of asking myself why I’ve been hitting bad shots, instead of just going on to hit the next one.

“Over the break we had I sat down with my coach Alan McCloskey and (former Open champion) Paul Lawrie, we discussed it and it’s all about getting the ball in the hole now, trusting that you’ve done the hard work and the work’s done.”

Defending champion Jorge Campillo, who defeated Scotland’s David Drysdale in a play-off last year, was part of an 11-strong group on four under par, with Drysdale returning a one-under-par 70.

“It felt good,” Campillo said. “I haven’t been playing very good at the start of the year, but I had good practice at home over the last few weeks.

“I made a great putt on 18 and a few great putts coming in. The greens are perfect, they are very fast and rolling pretty good. If you make a good stroke, you can see the breaks and see a lot of putts.”

Former champion Eddie Pepperell, who won the title in 2018 but was disqualified last year, birdied his first four holes before having to settle for a 69 to lie five shots off the lead.

On a day of low scoring, 74 players broke par and the final group of Darren Fichardt, Gonzalo Fernandez-Castano and Sebastian Heisele were three, two and one under respectively with one hole to complete on Friday morning.