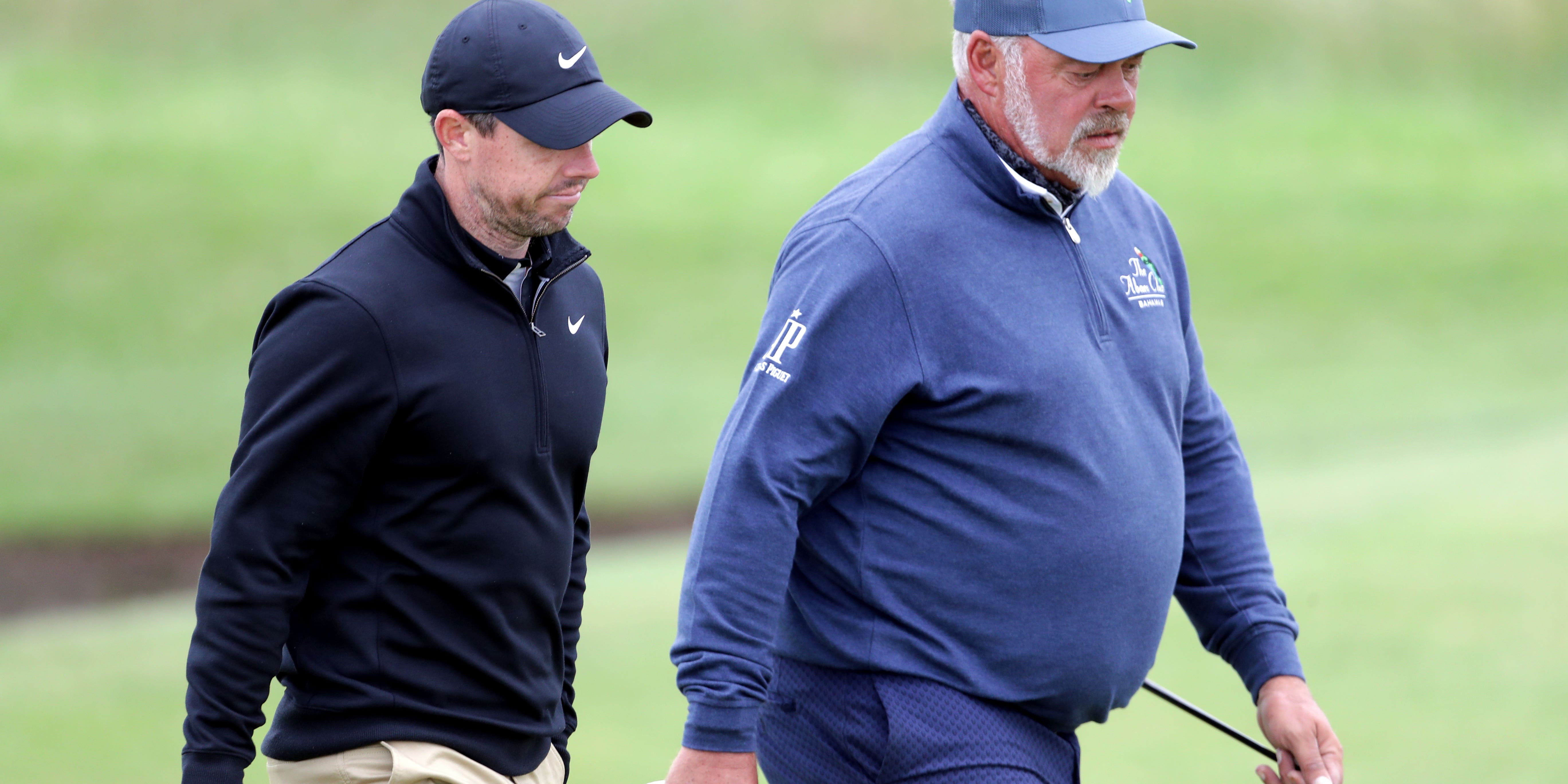 Darren Clarke has urged Rory McIlroy to trust in his talent and backed his fellow Northern Irishman to end his major drought.

Clarke, who won the Open the last time it was staged at Royal St George’s in 2011, played a practice round with McIlroy on Wednesday, just as he did at the Kent venue a decade ago.

And the former Ryder Cup captain believes a combination of McIlroy’s natural talent and work ethic will soon see the 32-year-old claim a fifth major title and first since 2014.

“Who am I to give Rory McIlroy suggestions on what he should be and shouldn’t be doing?” Clarke said when asked what advice he would give McIlroy on coping with the frustration caused by his wait for another major.

“So it would be a little bit ahead of myself if I was to try to give him advice. But in saying that, I have been frustrated for the majority of my career.

“The mentally strong are the ones that usually come out on top at the end of the week. If you have the right mindset then you allow yourself to perform, and I think Rory has been working really hard on that aspect as well.

“Believe me, I spoke to Rory many times when we were playing and his desire is incredible. He wants to win major tournaments. He wants to perform and he wants to play well.

“If I was him, with his amount of talent, hell yeah I’d be frustrated with not winning tournaments. But the flip side of that is because of the talent that he does have, it’s only a question of time before he starts winning.”