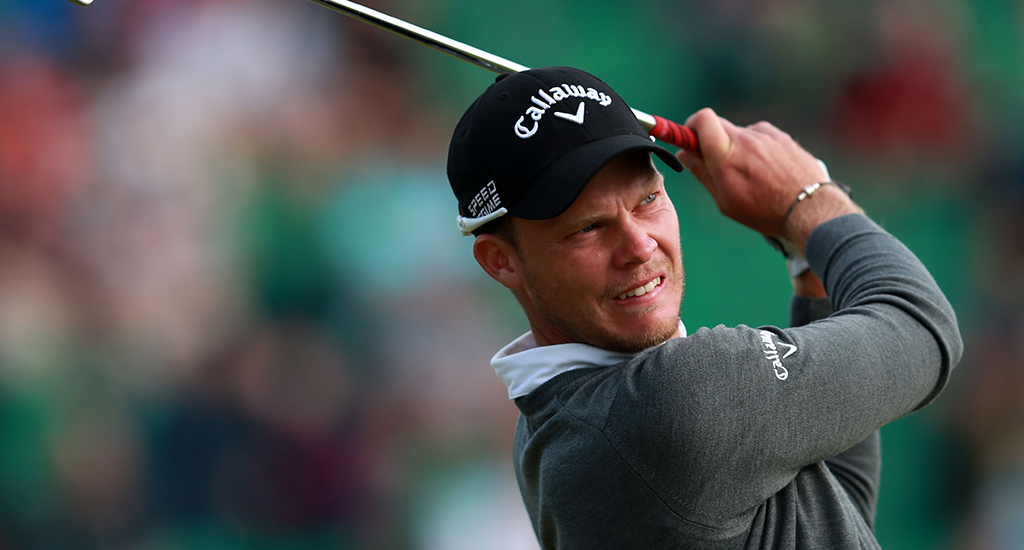 Danny Willett carded a bogey-free 66 at St Andrews to put himself on track for the perfect birthday celebration at the Alfred Dunhill Links Championship.

The 2016 Masters champion turns 34 on Sunday and after battling some torrential rain during round three at the Old Course, he will take a three-shot lead into the final day in Scotland at 14 under.

Ryder Cup stars Tyrrell Hatton and Shane Lowry were showing no hangover from Europe’s 19-9 hammering at the hands of the United States last week, sitting in a tie for second alongside England’s Richard Bland and Irishman John Murphy, with players from the British Isles taking up seven spots in the top 10.

Willett was a Ryder Cup player the year he won the green jacket but then dropped down to 462nd in the world before winning two of the European Tours elite Rolex Series events in 2018 and 2019.

This season has seen him struggle with Covid-19, wisdom teeth, appendicitis and a hernia, and he has once again dropped down the rankings to world number 170.

But after making three birdies in favourable conditions on the front nine and then three more battling wind and rain on the way home, he could be set to once again complete a remarkable comeback.

“Early on we had a decent bit of wind. Downwind you always feel like you should take some of your chances,” said Willett.

“You need to drive it close and as soon as you get on the 12th tee you know you’ve got pretty tough conditions coming straight into the wind on them last six holes.

“But we played them in two under so we’re gaining – really hit it good on them last six and gained a lot of shots coming in doing that.”

Englishman Hatton is a two-time winner of this event and he held a four-shot lead after making four birdies in a row from the second but he recorded a hat-trick of bogeys from the 13th to card a 71.

Ireland’s Lowry – the 2019 Open champion – also made four birdies in a row from the second in a 67 – a score matched by bogey-free Murphy – while Bland carded an eagle and seven birdies in a 64.

England’s Daniel Gavins had led the way at 15 under but dropped five shots in his last three holes at Kingsbarns to sit in the group at 10 under, a shot clear of Scot Ewen Ferguson.