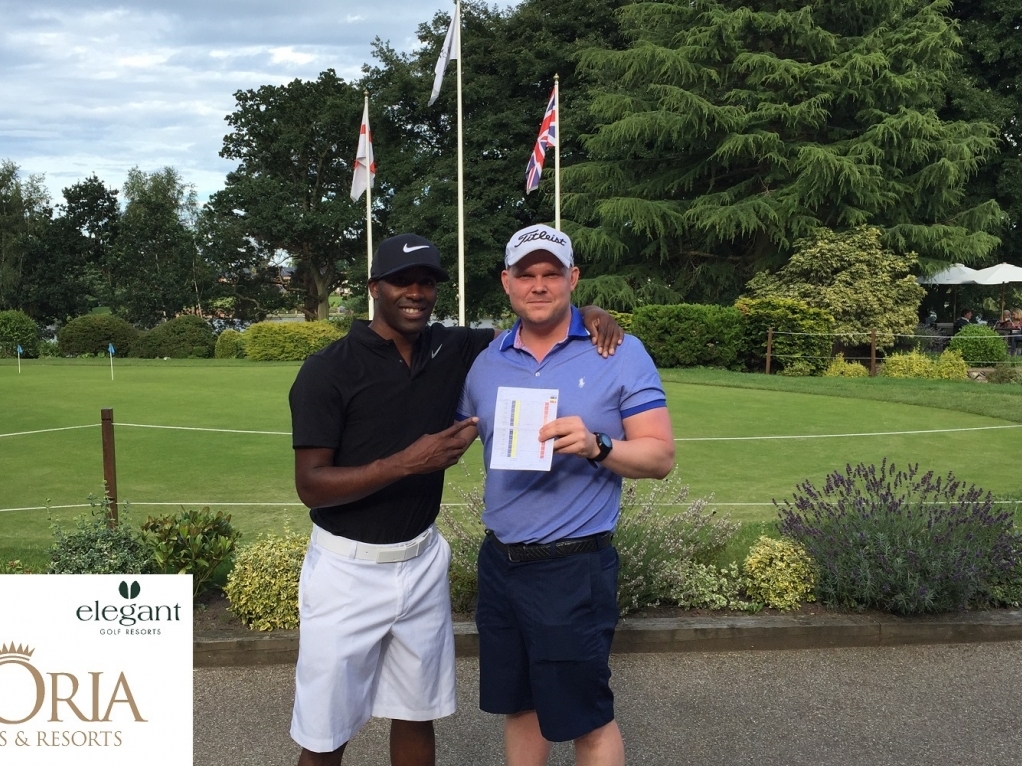 A football agent and a celebrity estate agent sprinkled some glamour on the latest round of the Gloria Hotels & Resorts UK Pairs' Golf Championship at The Mere in Cheshire.

Kenny Brady – who represents Leicester City defender Danny Simpson – and Will Magdzinski – a property expert, who appeared on reality TV show The Real Housewives of Cheshire, stormed to 43 Stableford points in the betterball format.

It's perhaps fitting that the Hale-based agent duo will now take their place at Stoke Park Country Club, Spa & Hotel for the Grand Final on September 26 – the stunning location for the film Goldfinger when a legendary secret agent famously took to the golf course.

The competition is held in association with Elegant Golf Resorts – specialists in luxury golf holidays – and Monarch. It boasts a top prize of an all-inclusive stay including flights at the lavish Mediterranean five-star resort in Belek on the Turkish Riviera for the winners of the Grand Final.

Brady, a 15-handicapper, has been negotiating contracts for footballers for eight-and-a-half years and claimed his own slice of sporting glory after his client lifted the Premier League title last season.

Brady, who was a former apprentice at Oldham Athletic, said: "Danny did really well last season. He was an integral part of what they achieved. He has started playing golf and has had a few lessons.

"Football is my passion but when it became my job, I needed something else. I took up golf purely for that, but then I got hooked.

"We're looking forward to the final now. I've been telling Will that my back is still in pain through carrying him! I played well but on the holes where he was needed, Will massively came in."

"I hit the ball quite well but my course management is horrific," said 20-handicapper Magdzinski.

"I'm sure Kenny will be telling me what I should be doing at Stoke Park, although I am a ‘grip it and rip it' kind of guy."

And as for his brush with TV stardom, Magdzinkski was equally modest.

He said: "It was fun and games. I sold a house to one of the ladies called Ampika and she wanted me to revalue it so I was in one of the episodes. My mates had a good laugh anyway!"

The final qualifier takes place at Cranleigh Golf & Country Club in Surrey on August 27. The eventual winners will be flying from London Gatwick to Antalya airport in Turkey with scheduled leisure airline Monarch. Antalya is one of more than 40 destinations that Monarch flies to from its five UK bases including London Gatwick, Birmingham, Manchester, Leeds Bradford and London Luton.