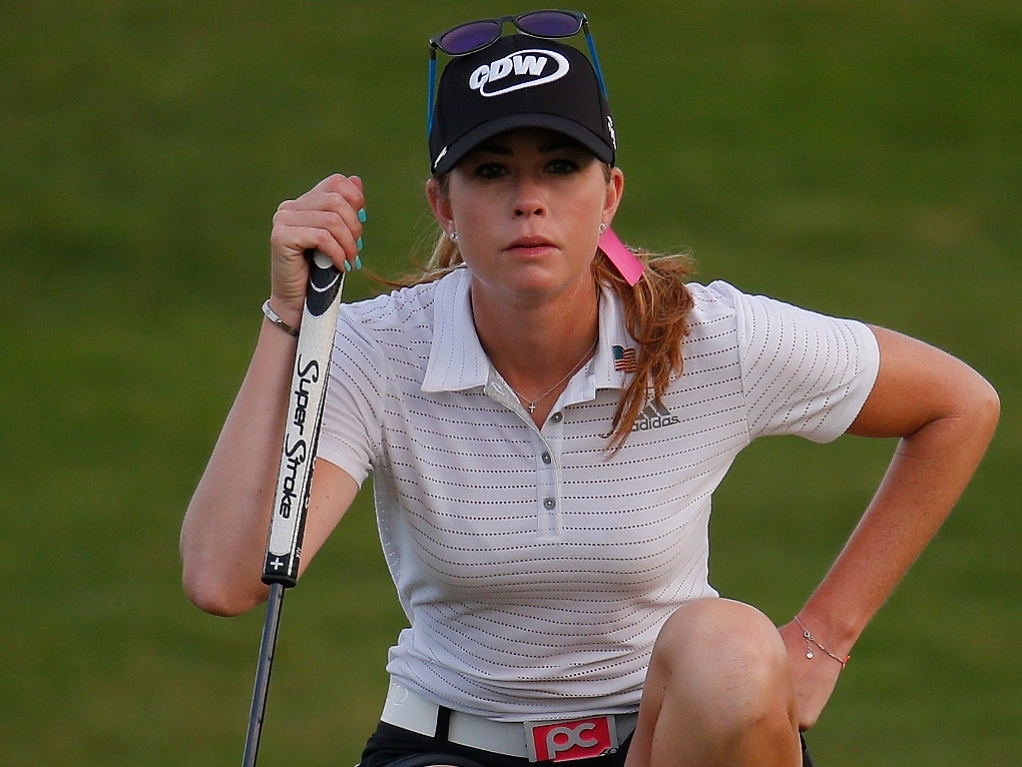 Paula Creamer carded a five-under-par 68 to move into a seven-way tie for the lead of the LPGA Tour's Pure Silk Bahamas Classic after Thursday's first round.

Creamer had a sizzling finish to her round, after battling to get to grips with the windy conditions at Paradise Island, she then birdied 15 and 16, before moving into a share of the lead with an eagle on 17.

Thursday's round was the first opening round of an event Creamer has the lead in since she had the early lead at the 2014 Kia Classic.

A major winner and six-time member of the US Solheim Cup team, Creamer has struggled with injuries over the last two seasons – her previous victory came at the 2014 HSBC Champions event.

After finishing 47 on the LPGA money list last year, the 29-year-old believes she has finally overcome her off-course struggles.

"I'll definitely take it [the first round 68]," Creamer said.

"This golf course, it's a great track. It really does play well. The wind makes it very difficult, but these greens, they're challenging. The biggest thing is, get it as close as you can from the fairways and see what you can do.

"I have worked really hard. I'm really enjoying the game. I'm enjoying practicing. I'm in a really good place, and I hope I can keep it going.

World number two Inbee Park battled with a back problem throughout the day and after shooting 80 – the second-worst round of her LPGA Tour career – she withdrew from the remainder of the event. She will also miss the Coates Golf Championship in Florida  next week, but aims to return next month in the Honda LPGA Thailand.

"I've always had a little lower back problem, and some weeks it just gets (a) bit worse, and today happened to be one of those days," Park said.

"Hopefully in Thailand I'll be in really good shape."

Meanwhile, Michelle Wie was stung on her hand by a bee whilst waiting to hit her tee-shot on 16.

"I was waiting to hit my tee shot, and I felt something sting, and it hurt really, really bad, and I knew it was a bee," Wie said.

"I brushed it away, and the stinger was still in there. We were trying to find a tweezer, and out of all the people, our security guy had tweezers on him, so I got it out.

"It just kind of felt so swollen, it was kind of hard to grip the club," she said. "I was hitting the ball so well on the front nine and just definitely had a couple loose ones coming in making the turn. You can kind of feel the venom kind of spread. But the last couple holes, it's feeling better."

Wie finished with a three-over 76 to fall eight shots behind the leading group.

Jennifer Johnson and Min Seo Kwak were a stroke back at 69, while defending champion Sei Young Kim opened with a 71.

The 2014 winner Jessica Korda carded a 72 and world number three Stacy Lewis was another shot further behind on 73. World number four Lexi Thompson notched a one-over 74 and 11th-ranked Christie Kerr 77.