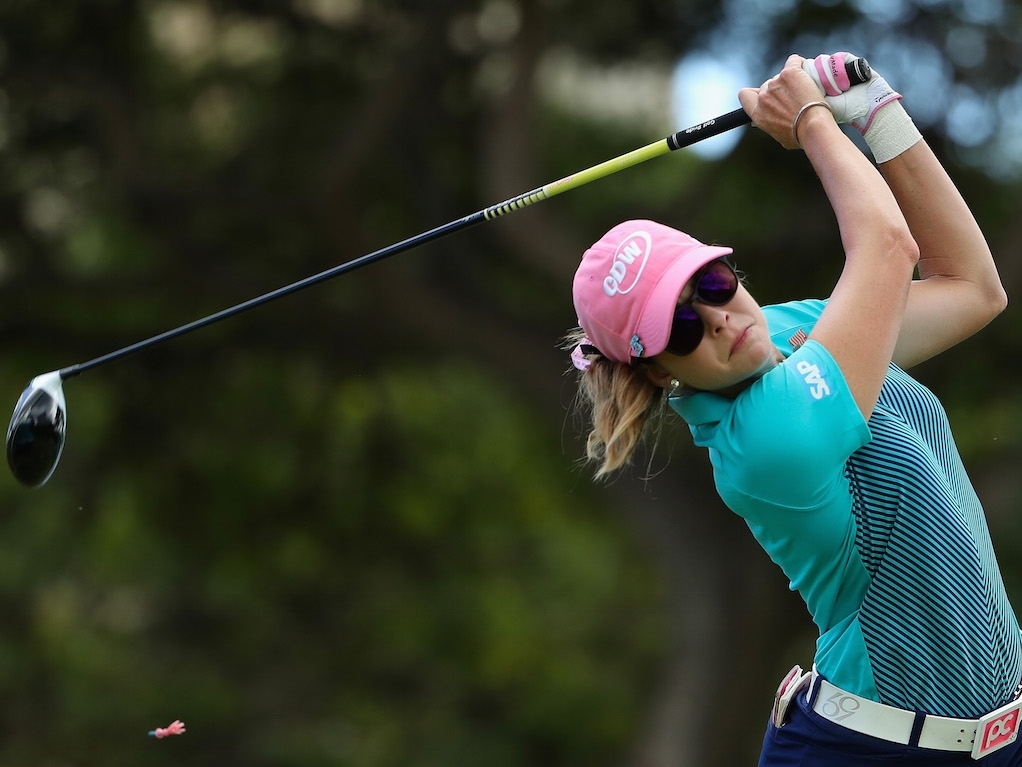 Paula Creamer shot an opening Lotte Championship round of 66 at the Ko Olina Golf Club to lead the field alongside Lee Mi-hyang.

Creamer, ranked 96th in the world, hasn’t gone as low as she went on Wednesday in over a year.

Her six-under-par contained seven birdies and one bogey. She hit the ball solidly but attributed her low score to a change in the way she grips her putter.

The 30-year-old has used a left-hand-low method for the last three seasons but switched back to a conventional grip this week.

“I putted really well,” said Creamer. “This is my first week back doing that and using my line, and it seems to be doing pretty good so far.”

Mi-hyang’s round was also made up of seven gains and one dropped shot.

Elsewhere in the field, Michelle Wie compiled a tidy round of 71 to be in a position where she can make the cut.

Playing at home in Hawaii she is convinced that she can shoot a low number if she eliminates the mental errors she made on Wednesday.

“I made a couple of mental errors out there but for the most part I’m happy finishing under par,” she said.

“I’m excited to get some rest before the next round and hopefully get low.”

Lydia Ko’s struggles continued as she carded a one-over-par-73 to share 81st place with 20 other players. Among those on the same score as Ko is Ariya Jutanugarn.