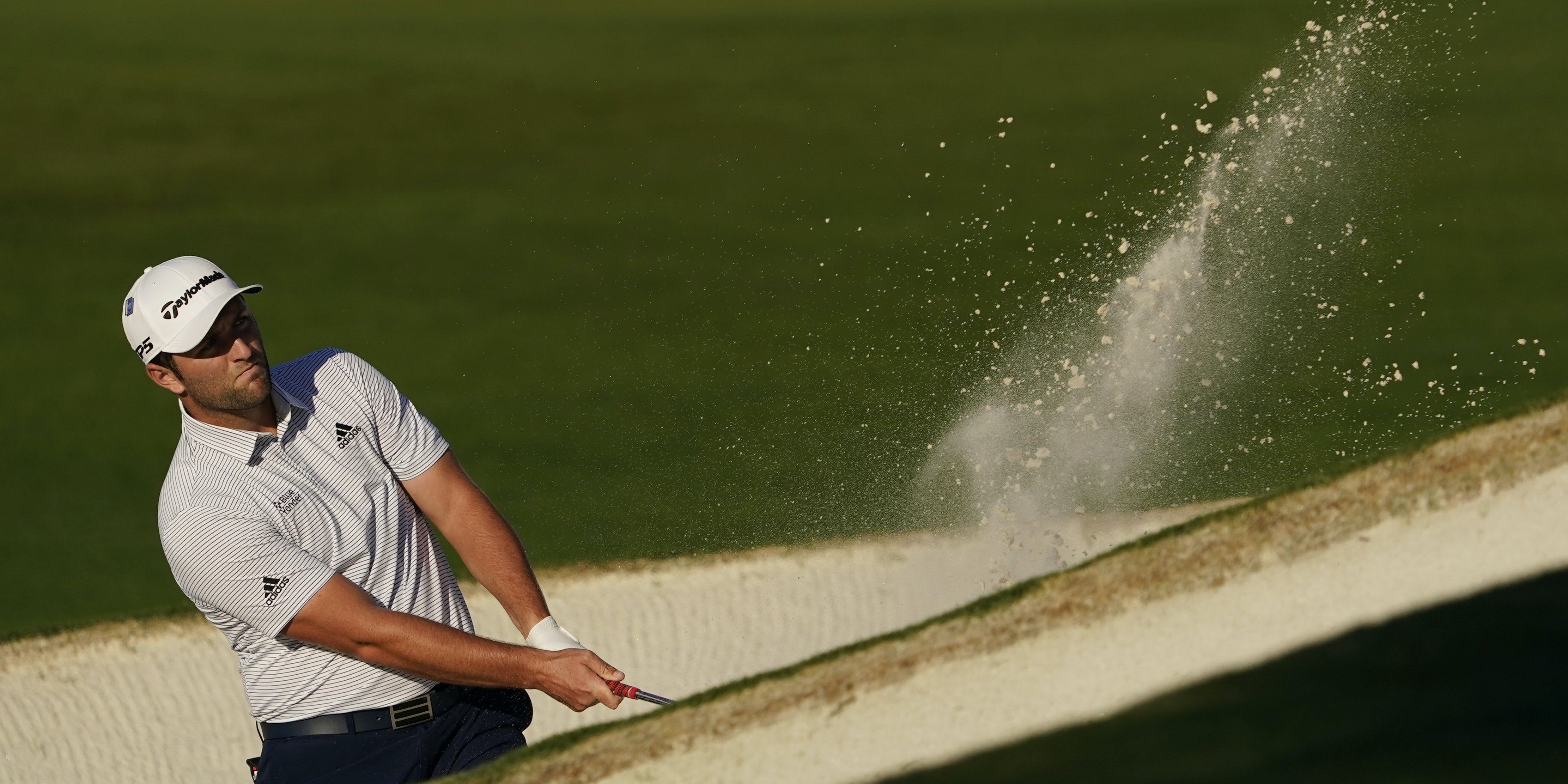 The top three players in the world were part of a five-way tie for the halfway lead at Augusta National as the first November Masters proved well worth the wait.

Spain’s Jon Rahm completed a second round of 66 on Saturday to join world number one Dustin Johnson and number three Justin Thomas on nine under par, with Australia’s Cameron Smith and Mexico’s Abraham Ancer also on the same score.

Former champion Patrick Reed, Sungae Im, Patrick Cantlay, Hideki Matsuyama and CT Pan were all on eight under, with the all-English trio of 2016 winner Danny Willett, Justin Rose and Tommy Fleetwood another stroke back.

Defending champion Tiger Woods and Phil Mickelson were among those four shots off the lead on five under, with the 60 players who made the level-par cut separated by nine shots.

Rahm immediately moved into a share of the lead when play in the delayed second round resumed on Saturday morning by holing from short range for birdie on the 13th.

A good chance to take the outright lead on the 14th then went begging and Rahm looked set to bogey the par-five 15th after opting not to go for the green in two.

The 26-year-old fired his third shot over the green and left his pitch back two yards short of the putting surface, only to promptly chip in for an unlikely par.

“I’ve known for a while the guys that have been at nine under par,” Rahm told Sky Sports. “It’s going to be a good weekend.

“I feel like if you’re a golf fan you have some of the top players in the world there and many others playing great golf, so this weekend with good weather, faster greens, it should be fun to watch.”

Playing alongside Rahm, Bryson DeChambeau had missed his eagle attempt on the 13th when play resumed, but the resulting birdie was his second in succession and was followed by further gains on the 14th and 16th.

However, the US Open champion then bogeyed the last two holes to fall back to level par and faced an anxious wait before discovering he had made the cut on the mark.

DeChambeau said he had been feeling unwell and dizzy during Friday’s play and underwent a Covid-19 test, which came back negative.

“I was feeling something a little weird two nights ago and I came out yesterday and was fine for the most part,” he said. “As I kept going through the round I started getting a little dizzy. I don’t know what was going on, a little something weird.

“So I got checked for Covid last night, and I was fine, nothing. But I had to do the right thing and make sure there was nothing more serious than that.

“I don’t know what it is or what happened, but these past couple days I’ve felt really, really odd and just not a hundred per cent. I just feel kind of dull and numb out there, just not fully aware of everything, and making some silly, silly mistakes for sure.”