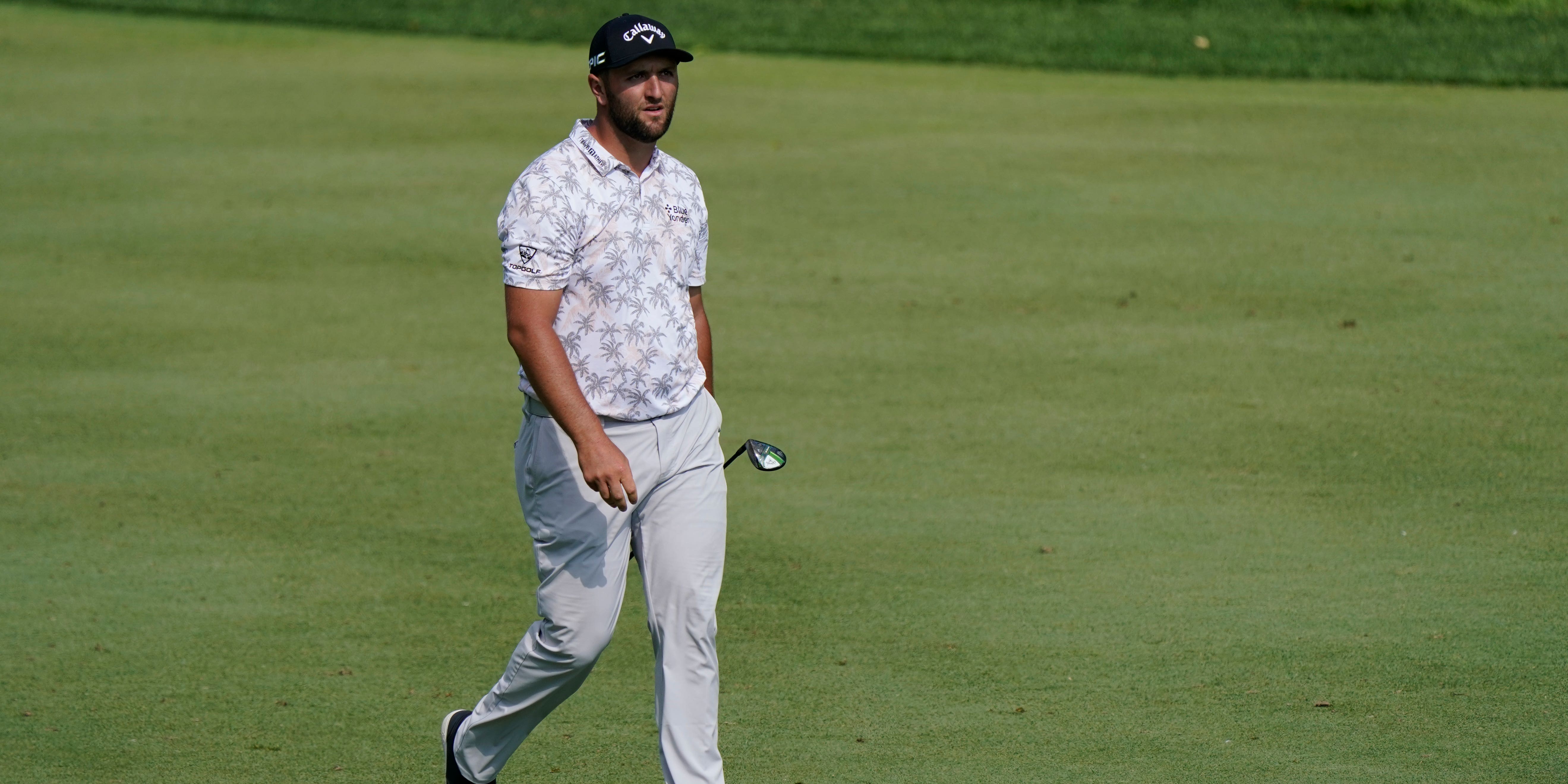 Leader Jon Rahm has been forced to withdraw from the Memorial Tournament after testing positive for Covid-19.

Spaniard Rahm had fired a sensational 64 on Saturday to establish a six-shot advantage at the top of the leaderboard before being informed at the end of his third round that he must withdraw from the tournament following a positive test.

Rahm had been undergoing daily tests after being told on Monday that he had come into close contact with someone who had tested positive.

But while each of his previous tests had come back negative, his latest one was positive and he must now isolate until June 15.

A statement on the PGA Tour’s website read: “On the evening Monday, May 31, the PGA Tour notified Jon Rahm that he was subject to contact-tracing protocols, as he had come in close contact with a person who was Covid positive.

“Per the Tour’s Covid Health & Safety Plan, Rahm was given the option to remain in the competition and enter our tracing protocol, which includes daily testing and restricted access to indoor facilities. Rahm has remained asymptomatic.

“Rahm has tested negative every day, but his most recent test – which was performed after the conclusion of his second round (rain delayed) and before the start of his third round – returned positive at approximately 4.20pm (local time) while Rahm was on the golf course.

“The PGA TOUR’s medical adviser requested a confirmatory test on the original sample, which came back at 6.05pm, and was also positive.

“The PGA Tour’s medical adviser notified Rahm immediately upon completion of his round, and under Tour protocols, he will be withdrawn from the competition.

“Rahm is now in isolation, and in accordance with CDC guidelines, he will need to remain in isolation through Tuesday, June 15.”