Colsaerts on form in Portugal 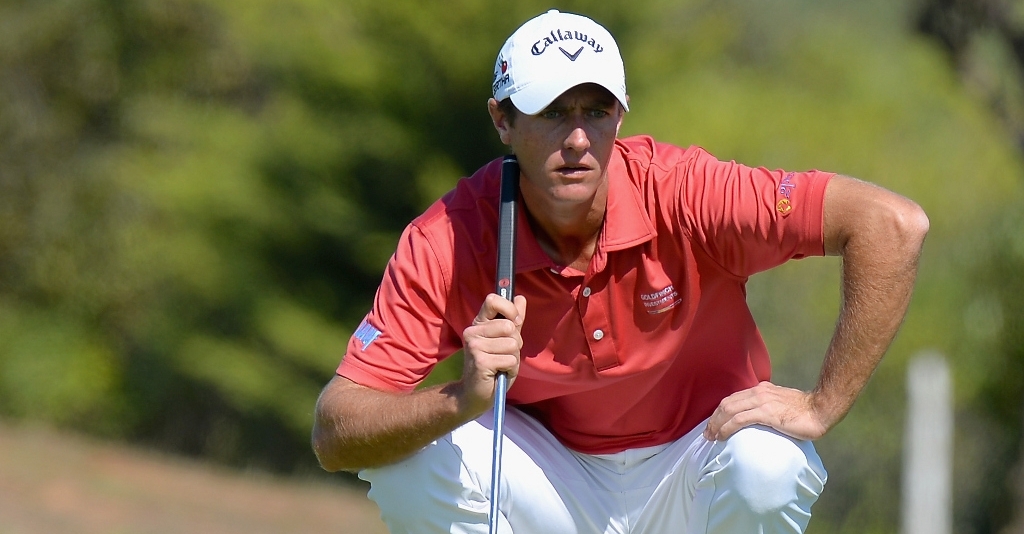 Belgium's Nicolas Colsaerts rocketed into a share of the first-round lead at the Portugal Masters on Thursday.

Colsaerts, who finished second in Vilamoura last year after opening with a 60, kept up his love affair with the Oceanico Victoria golf course as he carded a seven-under-par 64.

That was good enough for a share of the lead alongside Englishman Andy Sullivan, with Thomas Pieters, David Drysdale, Eduardo De La Riva and Thomas Aiken all following a shot further back.

Jorge Campillo and Kristoffer Broberg are among those on five under, with Ross Fisher and Stephen Gallacher and Thomas Bjorn all part of a large group a shot further back.

Play was delayed by nearly an hour at the start of the day due to fog, meaning a number of players have yet to complete their first rounds. They will return bright and early on Frday morning to wrap it up before heading back out for their second rounds.

Another eagle would follow at the fifth after a chip in from the edge of the green, though a dropped shot at the seventh saw him finish the day on seven under.

"I think I gave myself enough chances throughout the day. I missed a couple that I had good looks at but then it's just the way it is.

"I'm quite happy with seven under. Maybe I had an eight, nine, maybe ten, but seven under is always a good start."

Colsaerts played the par fives in a combined five under par, and admitted his length off the tee stood him in good stead.

"There's a couple of holes where I can take shortcuts," he said. "It doesn't really matter if I hit it on the fairway or rough, even though the rough is a bit higher this year.

"There's a couple of holes where you have still got to be a bit careful. I would rather come with a pitching wedge from the rough than a seven or six iron from the fairway.

"It is one of those courses where hitting it a long way is definitely an advantage."