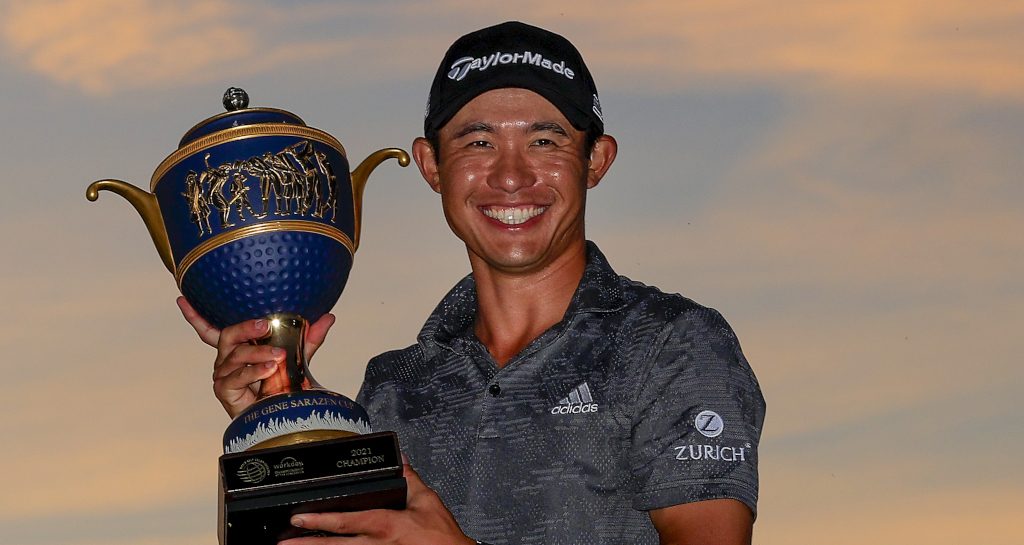 Collin Morikawa fittingly emulated one of Tiger Woods’s achievements with victory in the WGC-Workday Championship in Florida.

Morikawa joins Woods as the only player to have won a major championship and WGC event before turning 25, the 24-year-old claiming the US PGA Championship in 2020 in just his second major appearance.

Several players wore red shirts and black trousers in honour of Woods, who is recovering in hospital in Los Angeles following a serious car accident on Tuesday.

Woods expressed his gratitude for the gesture, tweeting: “It is hard to explain how touching today was when I turned on the tv and saw all the red shirts.

“To every golfer and every fan, you are truly helping me get through this tough time.”

Woods, who has traditionally worn those colours on the last day of tournaments, is said to be “in good spirits” after undergoing follow-up procedures on his injuries at the Cedars-Sinai Medical Centre on Friday, according to an earlier post on his Twitter account.

“Tiger means everything to me,” Morikawa told the Golf Channel. “Yes he had the crash and thankfully he’s all right and hopefully he has a quick and great recovery, but I don’t think we say thank you enough so I want to say thank you to Tiger.

“Sometimes you lose people too early, I lost my grandpa about a month ago and you don’t get to say thank you enough.”

Morikawa took a two-shot lead into the final round but saw that wiped out when he bogeyed the second and playing partner Horschel birdied the third, with both players then making birdie on the fifth.

A birdie on the par-five seventh edged Morikawa back in front and he also picked up a shot on the ninth to restore his two-shot cushion.

Hovland closed to within a shot of the lead thanks to birdies on the 12th and 13th, the latter following a brilliant up and down from an awkward lie over the green.

However, Morikawa birdied the short par-four 12th at the same time as Hovland three-putted the 14th, giving Morikawa a three-shot lead with six holes remaining.

Koepka had a chance to pile the pressure on Morikawa when he found the green in two on the 606-yard, par-five 17th, only to three-putt from 33 feet.

“What a week,” Morikawa added. “I was working on so much the past couple of weeks and tips from Mark O’Meara and Paul Azinger got me through this week and my game felt so good. I’m just so excited right now.

“I was talking to Mark O’Meara about putting it’s been a big change to the ‘saw grip’ and I talked on the 18th green with Azinger for 10, 15 mnutes about chipping and it just saved my life this week.”

Rory McIlroy, who was among the players wearing red and black, was within two shots of the lead following a birdie on the third, but bogeyed the fourth and sixth and eventually signed for a 71 to finish in a tie for sixth.