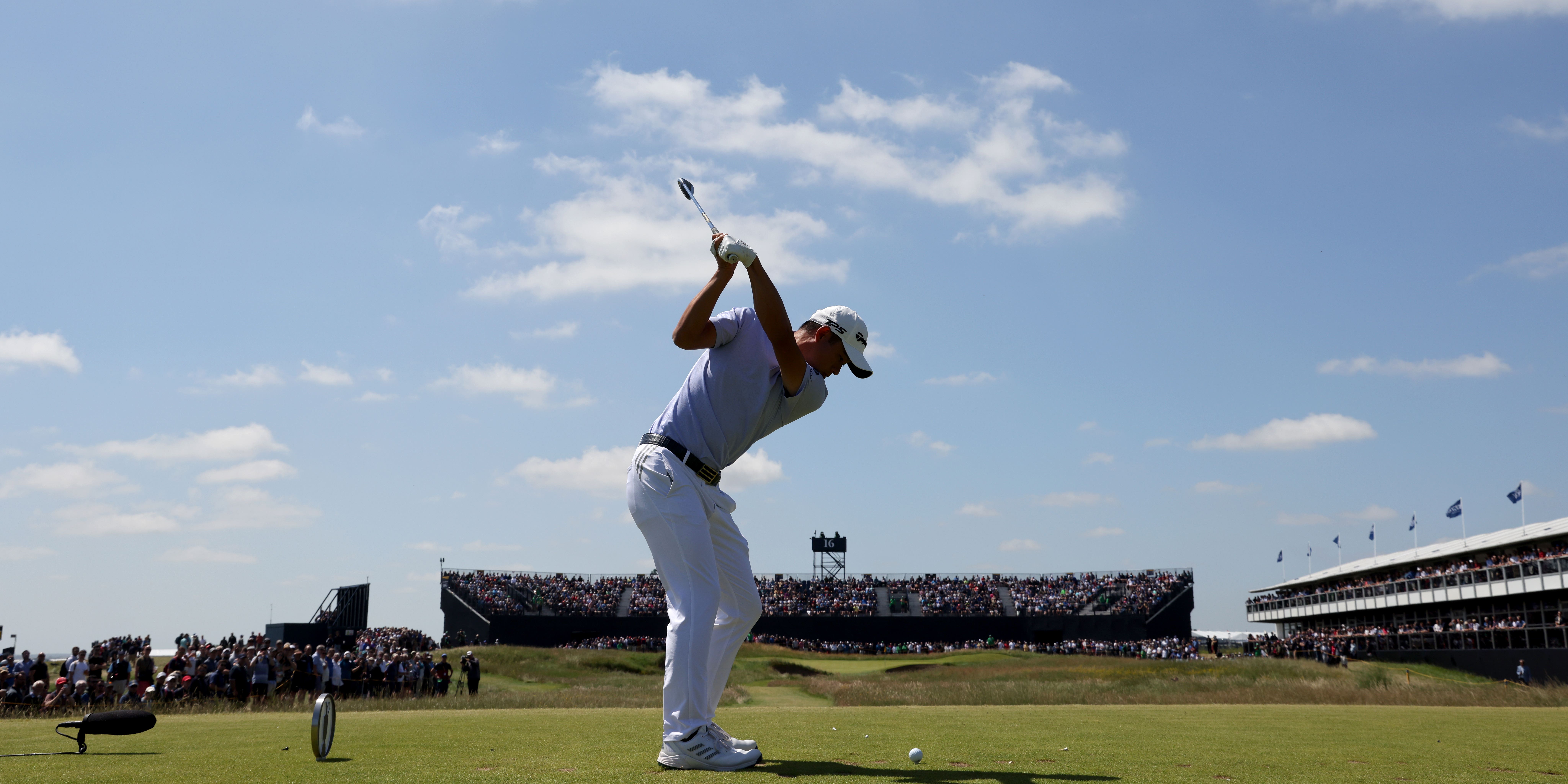 American Collin Morikawa threatened to set a new record for the lowest round in men’s major history on day two at the 149th Open Championship but ultimately had to settle just for the clubhouse lead.

The 2020 US PGA champion, making his debut in the event and playing only his second tournament on European soil after last week’s Scottish Open, briefly got to seven under after 14 holes on the par-70 Sandwich links.

It left the 24-year-old needing to cover the last four holes in two under to post a new mark of 61 and surpass the previous best set by South Africa’s Branden Grace at Royal Birkdale in 2017.

But a bogey at the 15th made his task significantly harder and, when a birdie chance lipped out at the last, he also missed out on equalling the course record.

However, he signed for a 64, which was still good enough for a nine-under total and a three-shot lead over South African duo Daniel Van Tonder, who went round in 66, and first-round leader and 2010 champion Louis Oosthuizen, who was still to tee off.

Morikawa made light of his Open inexperience to storm up the leaderboard at Royal St George’s – at 7,075 yards playing 114 yards short of its maximum distance – and thrust himself into contention for the Claret Jug.

He covered the front nine in 31, the highlight being a brilliant approach to 18 inches at the par-four ninth, to take him to seven under and ahead of Oosthuizen.

Three more birdies in four holes from the 11th, having avoided major damage after driving into the rough to still make birdie at the par-five 14th, moved him into double figures, but a bogey at the next killed the momentum and his charge towards history was over.

The last debutant to win on his Open debut was Ben Curtis in 2003, coincidentally also at Royal St George’s.

He did that from 396th in the world. Morikawa, who also won the 2020 US PGA on his debut in that event, was ranked fourth coming into this week.

However, his form in Scotland, where he finished joint 71st with just one sub-70 round, gave no hint of what was to play out on Friday.

“Last week I wanted to win but I came out of it learning a lot more,” Morikawa said.

“The style of golf is different and last week helped tremendously.”

There were other players who needed to make significant moves just to ensure they made the cut for the weekend.

Rory McIlroy bogeyed his first two holes but he clawed those shots back with birdies at the fourth and ninth to turn at level par with plenty of work still to do.