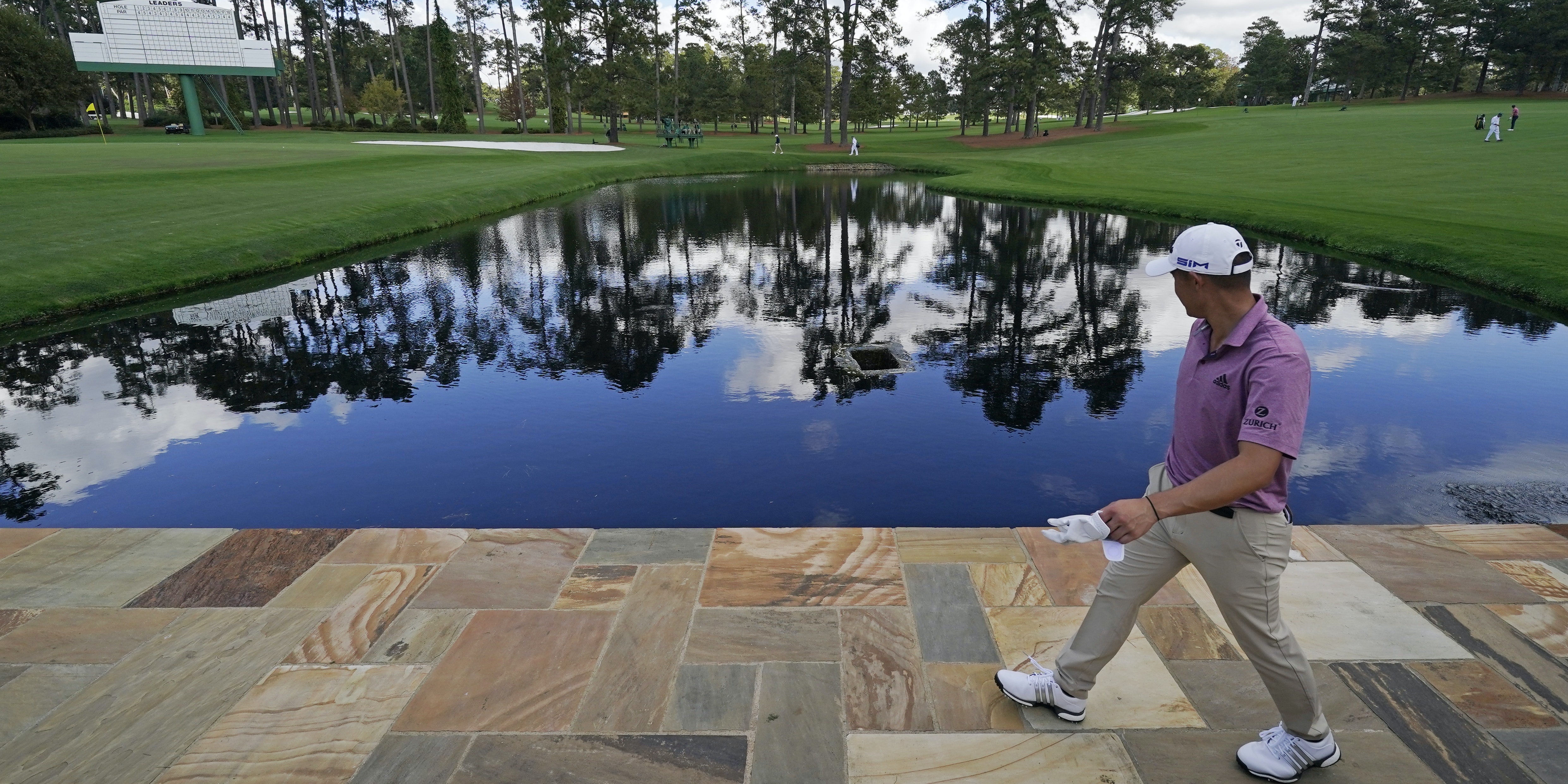 Winning the Masters at the first attempt is something that has proved beyond every single player since Fuzzy Zoeller’s victory in 1979.

Tiger Woods needed three attempts, Nick Faldo six and Phil Mickelson 14 before claiming their first green jacket, while Jordan Spieth came closest as runner-up on his debut in 2015 before winning the following year.

But a combination of the reduced pressure of a spectator-free Augusta National and one of the strongest rookie line-ups for years offers the realistic prospect of Woods handing over the famous green jacket to a Masters debutant on Sunday.

Collin Morikawa won the US PGA Championship on just his second major appearance in August and comes into the week ranked fourth in the world.

Fellow American Matthew Wolff was fourth behind Morikawa at Harding Park and then finished runner-up in the US Open, while Scottie Scheffler was also fourth in the US PGA and shot 59 in the second round of the Northern Trust a fortnight later.

“If there was a time, it would be now,” Wolff told a pre-event press conference. “I think the level of golf out here right now is at an all-time high.

“There’s so many people that tee it up each week, that if they go out and they play at their level or at the top of their game, that they can go out and win.

“And I think that not only is that true, but there’s also so many guys that I feel like can handle the stage now. I feel like there’s a bunch of young guys who have that level of play now and that have proven that on the highest stage they can perform and not get flustered or anything like that.

“And along with that, I think because of Covud, it’s unfortunate, but since there are no fans here, I think that can definitely change the dynamic of everything.

“Coming down the stretch with a one-shot lead, it’s definitely in my opinion a little more relaxing without thousands and thousands of fans sitting behind the green watching your every shot.

“You have to go out there, have your A game, but it gives me a lot of confidence knowing that I can do it and I’ve contended in majors and had the lead in majors, and I know I can seal the deal because I’ve had a win out here.”

Morikawa enjoyed his first start as a professional in the Canadian Open in June 2019 and made the cut in his first 22 events, just three short of the record held by Woods.

His victory in the US PGA Championship was his third in 13 months and the 23-year-old is certainly not intimidated by his first experience at such a storied venue as Augusta National.

“I’m not afraid of any course out here,” Morikawa said after a practice round with two-time Masters runner-up Justin Rose. “I believe I can go out and dissect a course and figure out what is my best opportunity to go out here and shoot a good score.

“Experience never hurts. I wish I had played here 15, 20 times, I wish I had that knowledge, but I don’t. That’s going to grow over the years I keep coming back and I keep playing, but for now I have to feel like I can still compete with these guys.

“It’s not like I’m behind the eight ball already and I have a disadvantage. On Thursday, we all start at even par. That’s what you do every week.”