Coetzee the early leader in Antalya 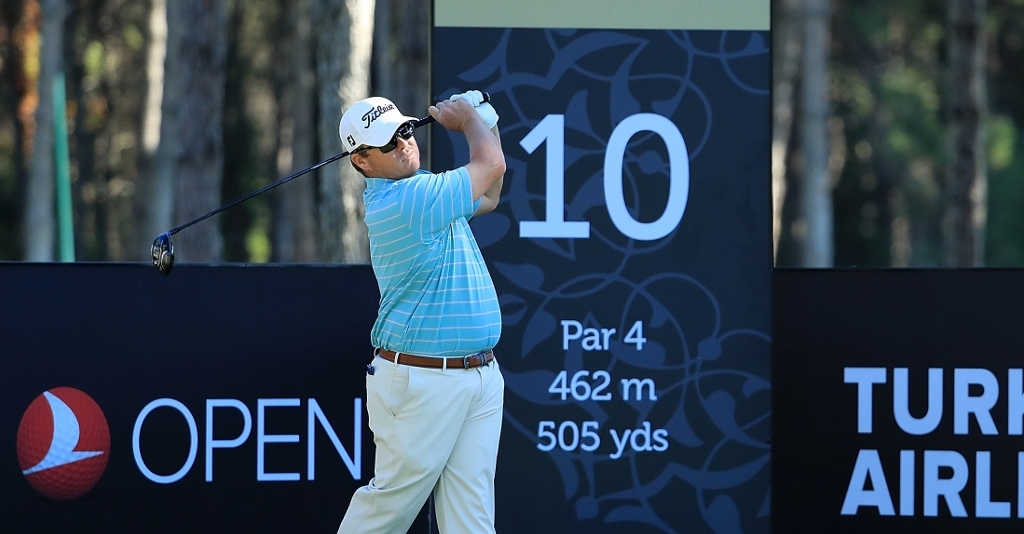 South African George Coetzee shot a seven-under-par 64 to grab a one-shot lead on the opening day of the Turkish Airlines Open.

The 30-year-old, three-time European Tour winner was in top form at Regnum Carya Golf & Spa Resort on Thursday, mixing eight birdies with a solitary bogey to seize the early advantage at the Final Series event.

The 64 was his best round of golf in two years.

As many as four players follow on five under, two shots back: Matteo Manassero, Li Haotong, Bernd Wiesberger and Jorge Campillo.

Masters champion Danny Willett, who has a great chance this week to strengthen his position in the Race to Dubai in the absence of main rivals Rory McIlroy and Henrik Stenson, had to be content with an opening 69 to lie five shots off the pace.

The Englishman made six birdies, but also added two bogeys and a nasty double at the par-4 10th, leaving himself plenty of work to do over the next three days.

The day belonged to Coetzee, however, who started from the 11th and picked up birdies at the 13th, 15th and 16th before dropping a shot on the next. He shrugged off the bogey to make further gains at the first, third, seventh, ninth and tenth to set the day-one target.

"I've been missing a lot of cuts, I was really lucky to get into this event this week and I'm just trying to make the most of it," he said.

"I've actually been playing better the last three or four weeks. The swing started to click a couple of weeks ago and I started shooting better scores and hitting better shots and it was just a question of putting everything together.

"I've been excited in the build up to this week, I'm just happy with the way things are going in my game and mentally and obviously it shows on the golf course. I'm playing better, I'm in a better mood. I wasn't expecting to shoot 64 but I'm really happy with it."