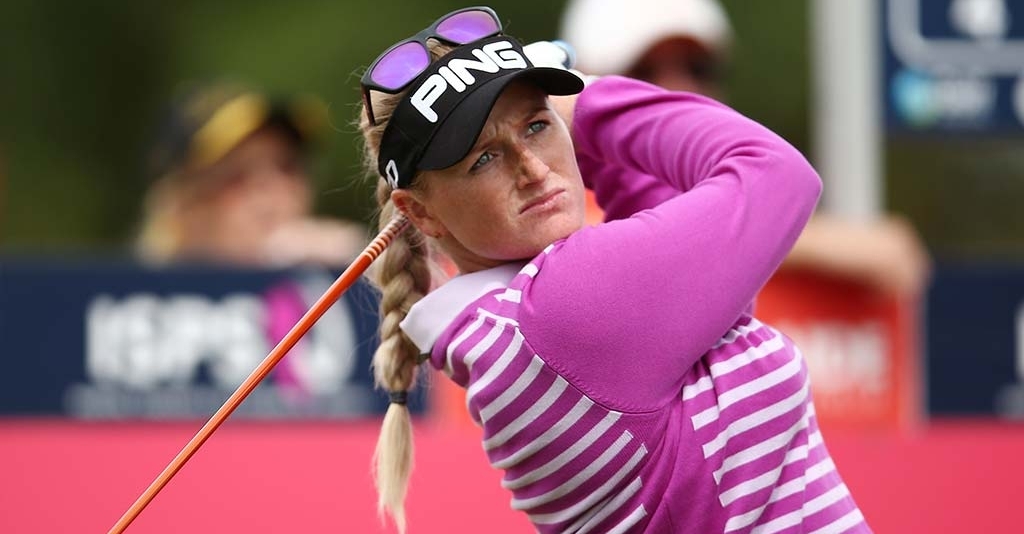 Holly Clyburn shot a seven under 65 to share the second round lead of the Women's Australian Open, with fellow British golfer Catriona Matthew on Friday in Adelaide.

Clyburn and former champion Matthew had 36-hole totals of eight under 136 and have a one shot lead over a group of four players – Caroline Masson (71) of Germany, Japan's Haru Nomura (68), China's Xi Yu Lin (67) and South Korea's Jenny Shin (70).

A shot back on at six under is five-time champion Karrie Webb of Australia.

First round leader, South Korean SooBin Kim, who bogeyed five of her final seven holes, is four shots behind the leaders on four under after shooting a five-over 77.

Defending champion and world number one Lydia Ko of New Zealand is also at four under after shooting a second 70.

In an interview after the second round, Clyburn said she was very happy with how things were going.

"I was loving it, really," the English golfer said. "I have been waiting for this round for a long time."

The 46-year-old Matthew, who won the Australian Open 20 years ago, said that that her showing meant that age was just a barrier.

"I think that's the beauty of golf…it doesn't matter what your age is really as long as you can still hit the golf ball and get it in the hole," Matthew said. "Age isn't a barrier."