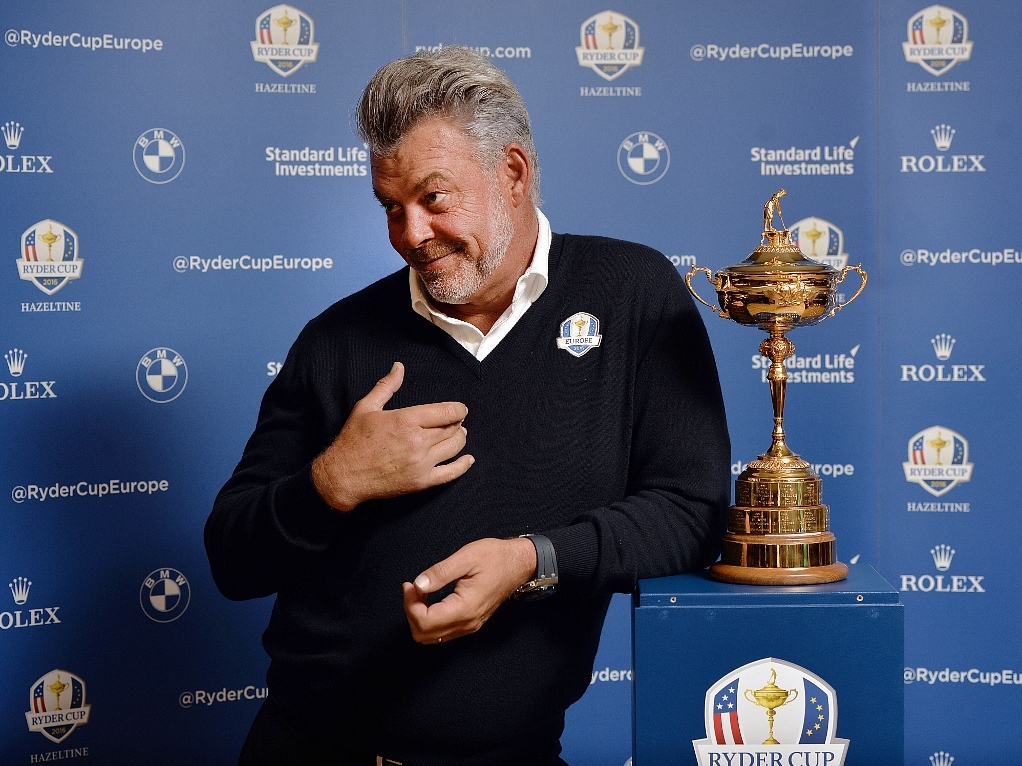 European Ryder Cup Captain Darren Clarke revealed he is suffering from sleepless nights as he prepares for Ryder Cup.

The Northern Irishman has been charged with leading Europe's top golfers across the pond at Hazeltine to defend their title.

However, with tee off less than a month away, the stresses of the job are certainly taking their toll on Clarke.

"It's part of my character, my attention to detail, it's part of me. I keep waking up, go back asleep but then wake up 10 minutes later and get my phone out and type something into my notes on my phone and bits and pieces.

"If I don’t give it my all I'll be disappointed in myself. If I didn't feel that I did everything I possibly could, I would feel as if I'd let the team down and I do not want to do that. I want to give those guys (on his team) the amount of respect that they should have and I can only do that if I feel as if I’ve done everything I can."

Clarke went on to say that there is a very fine line between a successful and and an unsuccessful captain, with judgement ultimately coming from the result. He used the example of Davis Love III, who did a sterling job at Medinah in 2008 until Europe mounted their superb comeback.

"At the end of the day I can't control what goes on on the golf course when it comes to Friday,” continued Clarke.

“I can control who plays with who, I can't control how they play. You know, from the inside, would you say Davis Love was a bad captain at Medinah, when Europe came back to win in the manner in which they did on the Sunday? Davis was a brilliant captain by all accounts but he got hammered because he lost.

"You also have, what's a good captain, what's a bad captain? At the end of the day, what you're trying to do is to play the best you possibly can for the team. If we have a positive result on Sunday and win the Ryder Cup I will be absolutely ecstatic."

Europe will be looking for their fourth successive Ryder Cup win when they tee off at Hazeltine on 30 September.