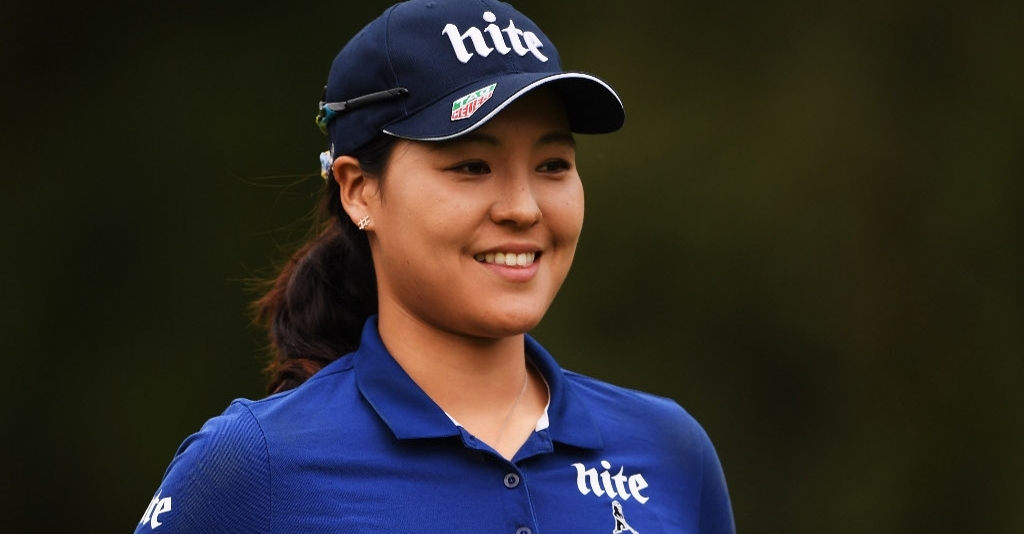 She shared the top spot after the first round, but In Gee Chun is the sole leader at the Evian Championship heading into the weekend.

The South Korean followed up her superb opening 63 with another stellar round of 66 at Evian-Les-Bains in France on Friday.

That took her total to 13 under par, two shots clear of China's Shanshan Feng and fellow Korean Sung Hyun Park, who she shared the lead with overnight.

Feng carded a four-under-par 67 to keep herself very much in the hunt for a second major title, while Park staying in the reckoning with a 68.

Lying on 10 under is another South Korean, So Yeon Ryu, after successive 66s, followed by American Angela Stanford a shot further back.

Eun-Hee Ji is the fourth Korean in the top 10 on eight under alongside Brittany Lincicome.

World No 1 Lydia Ko is on four under par, nine shots off the pace. Her second-round 68 was an improved performance over the first round, but with 36 holes remaining she finds herself with a mountain to climb.

The same holds true for second-ranked Ariya Jutanugarn, who recovered from her first-round 73 to make a solid 67 – although she still finds herself 11 shots off the lead.

The day belonged to Chun, however. The 2015 Women's US Open winner went out in the afternoon, and so already found herself three shots behind Feng and Park when her round began.

The added pressure did her no harm, however, as she made six birdies and a single bogey to go up two with two rounds to play.

Should Chun go on to win come Sunday, she would join Se Ri Pak as the only two players to make their first two LPGA wins major championship victories.

Not that she's thinking that far yet.

Some notables to miss the cut at three over included Morgan Pressel, Juli Inkster and Maria Verchenova.