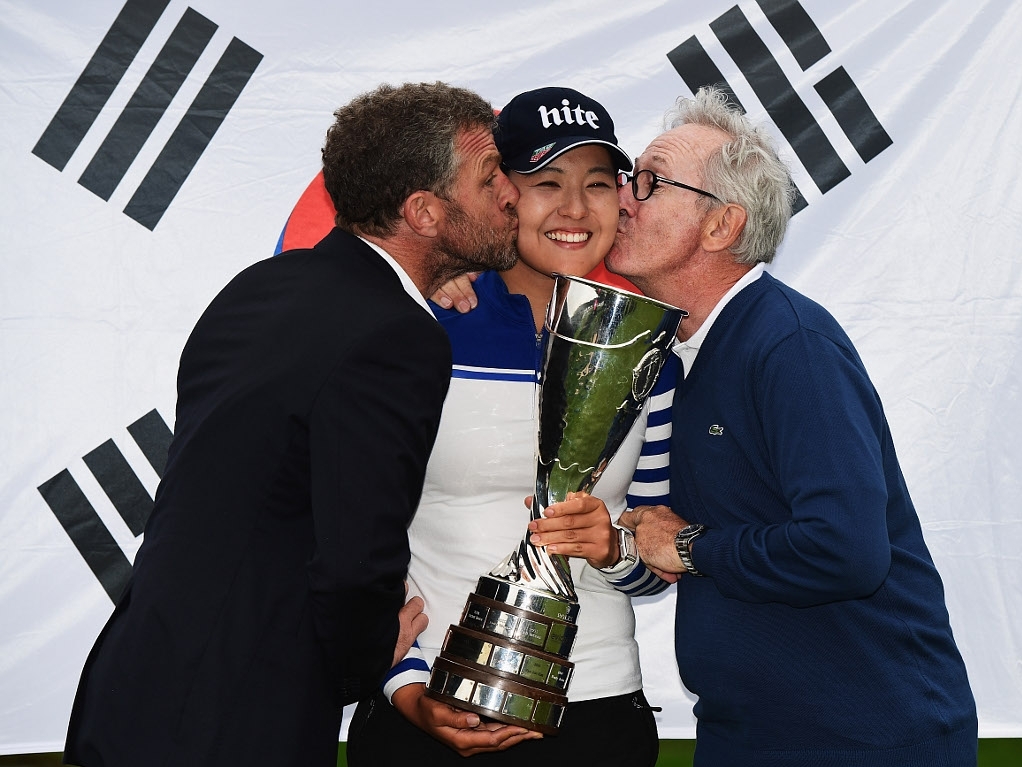 In Gee Chun cruised to her second major title at the Evian Championship in Évian-les-Bains with a record breaking total score of 21-under-par for the week.

Chun, who is just 22-years-of-age, has now won twice on the LPGA Tour. Both those victories have been in the majors – prior to winning the Evian Championship on Sunday she won the Women's US Open in 2015. She is one of only two players to have achieved that feat.

The significance of her second major victory does not end there. Chun's 21 under par 263 total is the lowest winning score in major championship history, for both men and women.

The South Korean prodigy, who has a knack of saving her best for the biggest tournaments, was in control throughout the week in France.

She opened with a sensational 63, then posted a 66 on Friday, on moving day she was solid again as she carded a 66 and then, leading the tournament by four shots heading into the final round, closed with an ice cool 69 in soft conditions.

Chun finished four shots clear of the chasing pack that was lead by So Yeon Ryu and Sung Hyun Park at 17 under.

Speaking after securing victory, Chun explained that she plays her best golf when the pressure is on and was therefore confident that she would get it done on Sunday.

"I know 19 under par is tied record before the final round. It was more pressure for me, but I tried to think about it as a really good experience. I tried to more enjoy it," Chun said.

"I feel like I'm dreaming now. Without nerves, I feel bored. Nothing, bored. I had a lot of pressure on the course, but I much enjoyed my game."