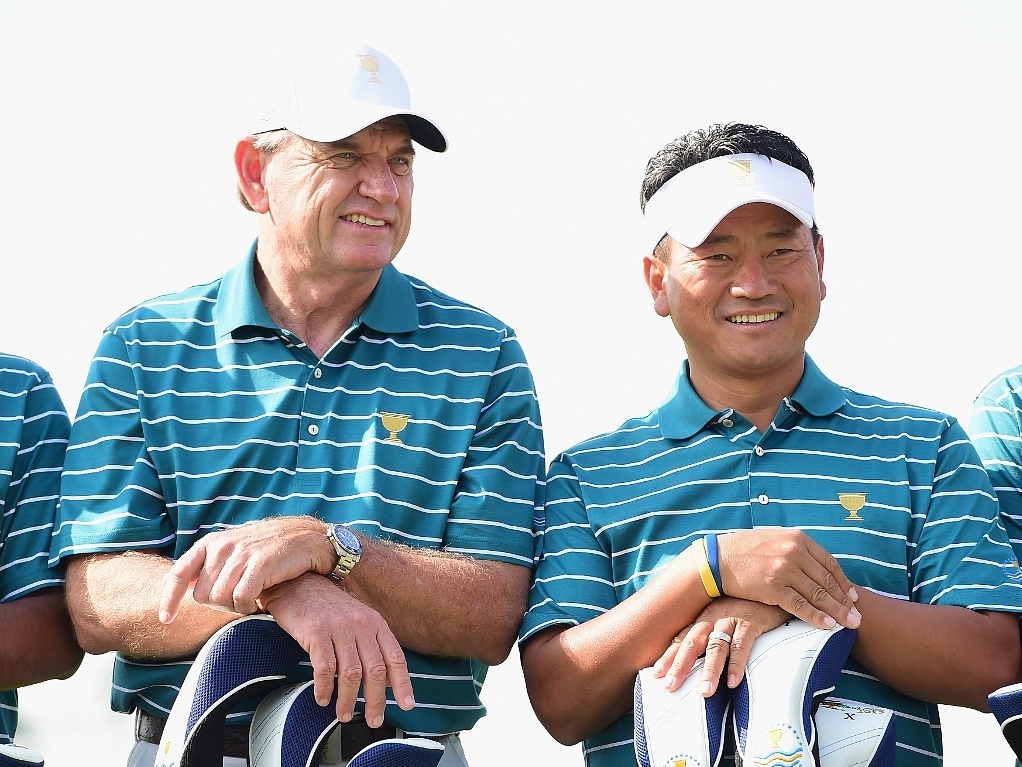 KJ Choi admitted that he would prefer playing in the President's Cup rather than be Nick Price's vice-captain, even though the role is one he relishes.

The 45-year-old Choi has been a fine ambassador for Asian golf over the last decade, becoming the first Asian Tour graduate to gain a PGA Tour card, in 1999, and winning eight times on the American tour, including the coveted Players Championship.

Subsequently, the Korean was given the honour of being the first Asian to receive the vice-captaincy of the President's Cup team, alongside Mark McNulty and Tony Johnstone, for this week's event at the Jack Nicklaus Golf Club in Incheon, Korea.

"I'd prefer to play. This is very stressful," the honorary Asian Tour member joked on Tuesday.

"If you're a player, you're just hitting golf shots and playing whenever the captain tells you to play. But for the captain and vice-captain, we have to look after 12 players, check on their game styles and lifestyles and have to match them up well.

"There's a lot of thinking. I can't sleep at night."

Choi's success as a player included three appearances for the Internationals in the President's Cup, while paving the way for the likes of India's Anirban Lahiri, Thongchai Jaidee of Thailand, Korea's Sangmoon Bae and Japan's Hideki Matsuyama to feature in this week's tournament.

"It's very good and very positive for Asia. It shows the improvement in Asian golf and the Asian Tour. Our players are becoming worldwide. It's very exciting to see," said Choi.

"This will be good for Korea and Asia. The main thing is that it can change golf in Asia, make it boom and make young players learn the game.

Since the event was launched in 1994, the American team has dominated, winning eight of the 10 tournaments, including the last five.

The International team's only victory came in Melbourne in 1998, while the 2003 event ended in a tie.